The World Peace Council manifests again its complete condemnation against the Israeli regime’s criminal actions and reiterates its unrestricted solidarity to the Palestinian people in their struggle against the Zionist oppression and occupation. We sadly and outragedly denounce the escalation in violence by the Israeli forces, which again impose brutal and fatal repression on the Palestinians protesting against occupation.

The delegation of peace movements of the WPC from Greece, Cyprus and Turkey arrived on Friday 8 August in Ramallah, Palestine after facing many difficulties and delays, closed checkpoints to the West Bank, military roadblocks and barricades set up by the Israeli army (with corresponding checks) but also with many changeovers of transport means, resulting in the trip from Amman, Jordan to Ramallah lasting 11 hours instead of two! All this is a manifestation of the special circumstances confronted by the Palestinians in a period when the Israeli war machine, as an occupation force, shells and slaughters civilians and children in the Gaza Strip, while at the same time having arrested 2000 Palestinians on the West Bank, making incursions into their homes day and night.

The All India Peace & Solidarity Organisation condemns the ongoing murderous attacks of the Israeli armed forces against Palestinian people in the Gaza strip that resulted in number of deaths and loss of valuable properties. It is becoming habit of the Israeli occupation forces to attack the Palestinian people in the most heinous way to curb their struggle for an independent Palestinian state. The Israeli occupation army’s aggression is being encouraged by the USA and other countries of European Union.

The World Peace Council expresses its outrage with the ongoing bombardment of the Palestinian Gaza strip by the Israeli occupation forces which have resulted already in more than 100 dead and hundreds of injured, majority civilians and even children amongst them.

We condemn the brutal murderous attack by the Israeli Air Force against the Palestinian people aiming at the collective punishment of a people struggling for its inalienable right for an independent state and with obvious goals to obstruct any kind of negotiations and peace settlement in the decades long occupation. 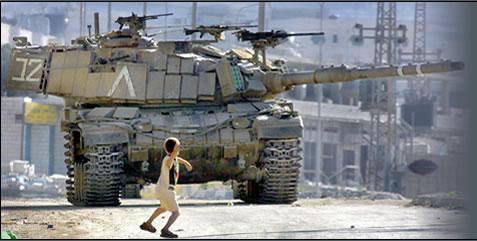 The World Peace Council denounces vehemently the recent massive arrests of Palestinian citizens by the Israeli army in the Palestinian West Bank, amongst them the Speaker of the Palestinian Legislative Council Aziz Duwaik (Parliament). The Israeli occupation forces once more attacked fiercely the Gaza Strip, besieged the city of Hebron and violated several of Palestinian houses, proving that there is no intention for negotiations and peaceful solution in the decades long conflict from their side.