On behalf of Cyprus Peace Council the General Secretary of CPC Christos Kourtellaris addressed a speech at the demonstration. “We join our voice with the Palestinian People that is under brutal attacks and we condemn the ongoing air force raids against the Palestinian People of Gaza. The fascist State of Israel faithful to its policy for the extermination of the Palestinians and to its expanding policy kills women and children; and demolishes indiscriminately residences and other buildings” said the General Secretary of CPC.

The GS of CPC carried on saying that “… as Cypriots same wise victims of imperialism we couldn’t be elsewhere but at the side of the Palestinian People… Our powerful weapon against Imperialism’s huge military arsenal is International solidarity and Peoples Friendship… We react, we resist, and we shout out loud that the only super powers are the Peoples and we will carry on struggling until the power of just prevails and not the just of the powerful…”

Christos Kourtellaris added saying that “… the brutality of retaliation by Israeli army to the Hamas rockets that act as a pretext, indeed with the support of EU and US, is not something new and aim to break the struggle of Palestinians for the establishment and recognition of an Independent sovereign State within the borders of 1967 and with East Jerusalem as its Capital. Only when this is achieved peace will prevail. Of course real and just peace, stability and prosperity will prevail in the whole region with the defeat of imperialism…”

The GS of CPC closed stating that CPC demands the prosecution of the State of Israel to the International Court for war crimes and for the genocide of a whole People.
The whole activity closed with condemnation slogans for the ongoing Israeli crimes, slogans for the freedom of Palestine and militant Palestinian resistance songs. 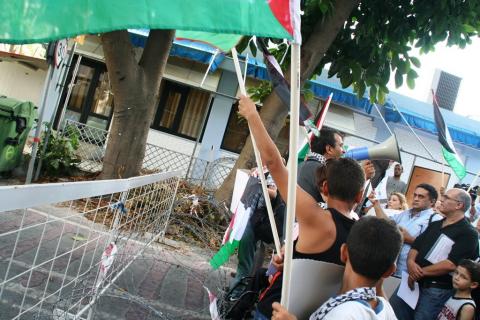 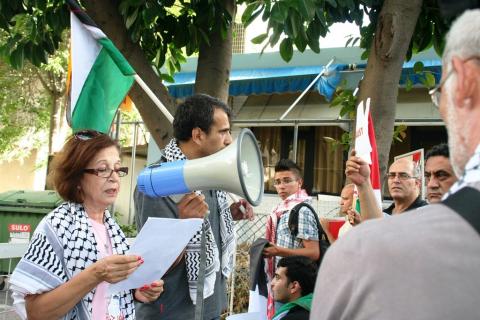 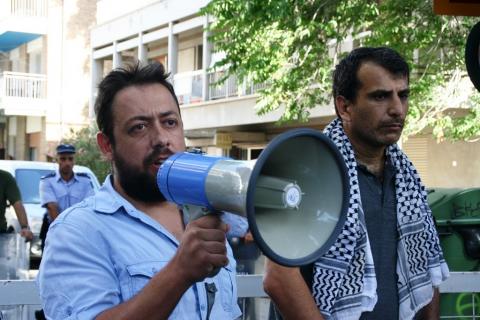 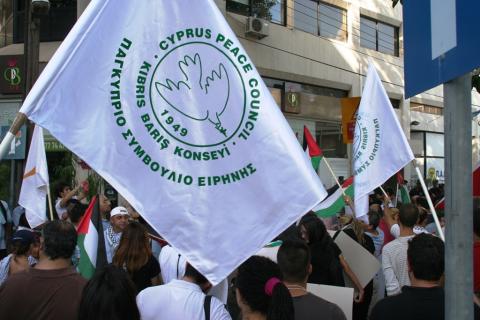 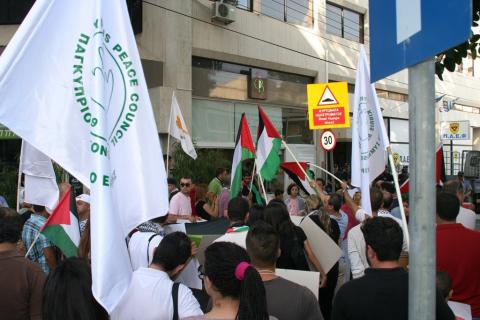