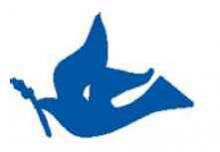 Less than a month after the 11 September 2001 attacks on the World Trade Centre and the Pentagon, US leaders began an all-out aerial assault against Afghanistan, the country supposedly protecting Osama bin Laden and al Qaeda. 9/11 was the perfect justification for US plans for the region.
Since feudal times land holding in Afghanistan had remained unchanged, with more than 75 percent of land owned by 3 percent of the rural population. In the mid-1960s, democratic revolutionary elements formed the People’s Democratic Party (PDP). In 1973, the king was removed and replaced by an oppressive, badly managed and unpopular government which was forced out in 1978.
The military officers who took charge invited the PDP to form a new government under the leadership of Noor Mohammed Taraki, a Marxist poet and novelist.
Taraki legalized labour unions, and set up a minimum wage, a progressive income tax, a literacy campaign, and programs that gave ordinary people access to health care, housing, and public sanitation. Afghan women held government jobs—-in the 1980s, there were seven female members of parliament. Fifty percent of university students were women studying agriculture, engineering, and business.
The Taraki government moved to eradicate opium cultivation, abolished debts owed by farmers and introduced land reforms. With a genuinely popular government, people looked to the future with hope.
The feudal landlords opposed land reforms, while tribal leaders and fundamentalist mullahs vehemently opposed the government’s dedication to gender equality and a right to education.
Soon after the PDP came to power, the CIA, the Saudi government, and the Pakistani military, launched an intervention into Afghanistan on the side of landlord’s reactionary tribal leaders, mullahs, and opium traffickers.
In late 1979, the PDP government asked the Soviet Union, which supported their progressive changes, for help against the foreign funded and armed mujahideen (Islamic guerrilla fighters) and foreign mercenaries.
The Soviet intervention was used as an opportunity by the CIA to transform the tribal resistance into a jihad to expel the godless communists from Afghanistan. The United States and Saudi Arabia went on to spend about $40 billion on the war to destroy not build.
The CIA and its allies recruited, supplied, and trained almost 100,000 radical mujahideen fighters from forty Muslim countries, which included a Saudi-born millionaire fundamentalist Osama bin Laden.
The Soviets withdrew in 1989, after an agreement with the US that it would stop funding the Mujahedin.
The US continued its support and two years later they overthrow the progressive government of Afghanistan.
The new rulers of the country operated as gangsters looking for income, the tribes ordered farmers to plant opium poppy. The Pakistani ISI, a close partner with the CIA, set up heroin laboratories. Within two years of the CIA’s arrival, the Pakistan-Afghanistan borderland became the biggest producer of heroin in the world.
The Taliban promised to end the mujahideen factional fighting and violence. But they went on to impose an even stricter interpretation of Islamic law than that used by most of the Kabul clergy.
Before 9/11, leaders in Washington got along famously with the Taliban. As recently as 1999, the US was paying the entire annual salary of every Taliban government official.
While claiming to fight terrorism, US leaders and allies like Australia have other reasons for plunging deeper into Afghanistan. Because it was part of the Central Asian region which is rich in oil and gas reserves. A decade before 9/11, US policy makers were contemplating a military presence in Central Asia.
US intervention in Afghanistan has proven not much different from intervention in Iran, Iraq, Libya, Syria and elsewhere. It had the same intent of preventing egalitarian social change, and the same effect of overthrowing an economically reformist government. In all these instances, the intervention brought backward elements in that have corruptly dominated and ruined the economy and destroyed innocent lives.
Is Australia going to follow the US to another war when asked? It is time for Australia to have an independent foreign policy.

Campaign for International Cooperation and Disarmament