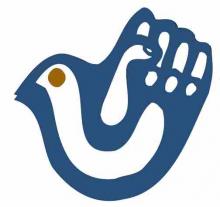 The U.S. Peace Council strongly condemns any military actions against the Iranian tankers and calls upon and the Trump administration and the U.S. government to put an end to its violations of the UN Charter immediately.

As Iranian tankers approach Venezuelan waters — the first tanker is expected to enter Venezuelan territorial waters on Sunday — the Trump administration is scrambling to decide how to respond to a challenge that can determine the future of its policy of unilateral coercive measures against one-quarter of humanity. “We’ve got it [Venezuela] surrounded, it’s surrounded at a level that nobody even knows but they know. We are watching to see what happens,” he commented on the situation on May 20th.

Indeed, this has created serious dilemma for the U.S. government. A military action against these tankers would be a clear case of international piracy that could lead to military confrontations, not only with the Venezuelan armed forces who are planning to escort these tankers in Venezuelan waters, but also in the Middle East as Iran would be expected to respond to such an act. It would also lead to increasing tensions with Russia. The Russian Foreign Ministry has already warned against any U.S. actions to block the Iranian tankers.

Allowing Iranian tankers to port, on the other hand, would be the first sign of inability of the United States government to enforce its sanctions policy even near its own shores, and would trigger numerous additional acts of defiance by other sanctioned states. This could mean the beginning of the unraveling of U.S. unilateral sanctions policy, something that would have significant negative repercussions for U.S. imperialism’s policy of “full spectrum dominance” of the world.

The outcome of the current challenge posed by Iran and the resistance of Venezuela — if the U.S government does not act irrationally — will have determining effects on the future of international relations and world peace. It will pave the way for a new phase of peoples’ struggle against illegally-imposed unilateral coercive measures and for restoring peoples’ rights to national sovereignty and self-determination throughout the world.