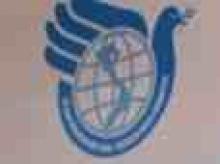 The South China Sea has been witnessing ever more complicated developments, with growing tension following China’s large-scale construction, military deployment and combined military-civilian operations, notably in the Paracel and structures in the Spratly archipelagos, which Chinese armed forces occupied in 1956, 1974 and 1988. Counter-moves have been taken in the South China Sea by other countries. All this is leading to dangerous threats to peace, security and stability in the region.

China has claimed that its military activities in the South China Sea were defensive in nature, limited, and not aimed at regional military hegemony, and that it was committed not to militarize the South China Sea. Actual developments, however, have shown that China’s deeds fully contradict its words. In February 2016, China moved long-range HQ-9 surface-to-air missile batteries and J-11 fighter planes to Woody Island in the Paracels. The deployment of military radar targeting arrays and anti-aircraft and anti-submarine missiles has revealed China’s intention to expand its control over the region’s air and sea spaces, and prospectively to impose an Air Defense Identification Zone (ADIZ) in the South China Sea.

For its part, the USA conducted, in October 2015 then in January 2016, “freedom of navigation operations” (FONOPs) in the South China Sea, moving the destroyers USS Lassen and USS Curtis Wilbur close to Paracel and Spratly reefs under China’s illegal occupation, and B-52 bombers and an aircraft carrier strike group into the South China Sea.

New tensions in the South China Sea have rendered the situation ever more complicated and serious. The ASEAN, EU and many countries in and outside the region (Japan, India, Australia…) have expressed profound concern over the new Chinese moves, the increasing tension, as well as dangers of conflicts. At the United Nations and other international forums, Vietnam has strongly protested against such Chinese violations of Vietnam’s sovereignty in the South China Sea, and urged that China put an immediate end to such acts, refrain from
their re-currence, respect Vietnam’s sovereignty and international law, and take practical measures contributive to preserving peace and stability in the South China Sea.

It should be made clear, moreover, that China’s militarization activity and its attempts at asserting claims for sovereignty, sovereign rights and jurisdiction have taken place in areas falling under the sovereignty and jurisdiction of another nation and not China. China’s occupation by armed force of the Paracel and a number of structures in the Spratly archipelagos, both under Vietnam’s sovereignty, gravely violates international law. Like all other sovereign nations, Vietnam has the right to defend its sovereignty, territorial integrity and legitimate interests, as well as the right to take appropriate measures in self-defense.

Vietnam always stands for the peaceful settlement of all disputes in conformity with the United Nations Charter, principles governing international relations, and international law.