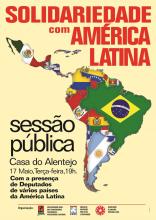 The Casa do Alentejo welcomed on May 17th, a solidarity session with Latin America, promoted by the Portuguese Council for Peace and Cooperation (CPPC), the Portugal-Cuba Association of Friendship (AAPC) and the General Confederation of Portuguese Workers (CGTP-IN).

The initiative, which had the presence of more than 20 representatives of progressive forces from various countries in Latin America, the Caribbean and Europe and also the Ambassadors of Cuba and Venezuela in Portugal and the Ambassador of Venezuela with the EU, was attended by a packed audience, which closely followed the speeches and expressed their support.

On the chair were the three promoting organisations and Latin American MPs from Argentina, Bolivia, Brazil, Cuba, El Salvador, Ecuador, Peru, Uruguay and Venezuela who shared their views on the struggles of their peoples, the progressive advances, the sovereign affirmation and cooperation, which have been so important to strengthen the struggle for peace, but also about the resistance against the offensive of the oligarchies and the US against the achievements and advances that have improved the lives of many tens of millions of people.

In a festive and combative atmosphere that marked the whole initiative, was clear the solidarity among those present and the deep conviction that, despite all the threats and possible momentary setbacks, the future will be what the peoples through their struggle and solidarity determine, a fairer and more prosperous future, a future of Peace. 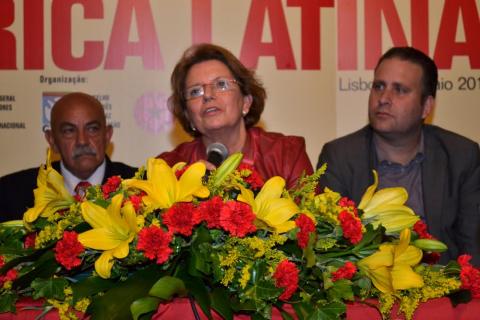 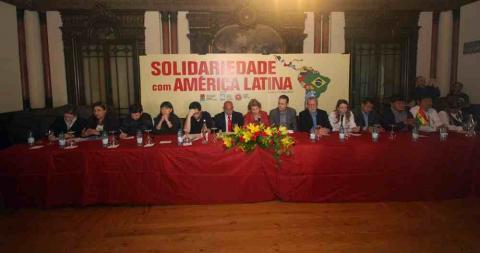 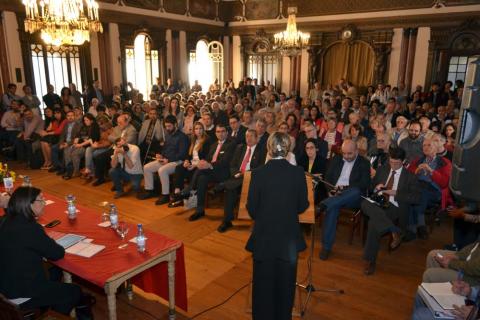