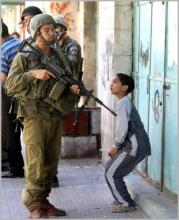 On International Children's Day​, marked today, the Portuguese Council for Peace and Cooperation reaffirms its commitment to the rights enshrined in the Universal Declaration of Rights of the Child, approved by the United Nations in 1959, which attributed them the right to equality, food, housing, health, free education, rest, social protection and priority care in case of catastrophe, special protection aimed at the physical, mental and social development, against abandonment and child labor, and to grow in a «a spirit of understanding, tolerance, friendship among peoples».

Today, in the 21st century, children are among the first victims of the worsening of poverty and social inequalities globally and in interior of countries, as well as wars of aggression that mark the present: millions die annually due to malnutrition or curable diseases, while others are forced to work for multinational companies and are deprived of their childhood; many are killed daily by bombing and terrorist actions, particularly in the Middle East; thousands, seeking to escape the wars that devastate their countries; disappear in a "market" of human beings. Many children and young people are illegally imprisoned, for instance the Palestinian children in Israeli prisons.

For CPPC, only the defense of peace, the respect for the right to self-determination of peoples and the sovereignty and independence of States, human rights, justice and social progress, a balanced development, international cooperation, can guarantee the rights of children.