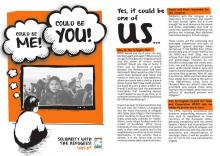 The Portuguese Council for Peace and Cooperation took to the streets in Lisbon and other Portuguese cities, on May 16th distributing documents in solidarity with refugees.

The holding of a day of action against war and in solidarity with refugees on May 16th, in several European countries, was a decision adopted by the World Peace Council's European organizations that met in Almada in March.

This initiative is part of a broader set of activities, namely debates and seminars, on what are the causes and who are those responsible for the refugee crisis, and stating that solidarity towards the refugees is an imperative to guarantee human rights. It is necessary to denounce the causes and those responsible for so many men, women and children being forced to risk their lives in search of refuge. Fleeing the wars of aggression, the conflicts and interferences against sovereign States and peoples waged by the USA, NATO and their allies. 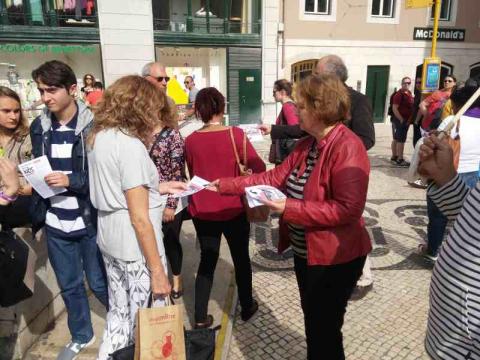