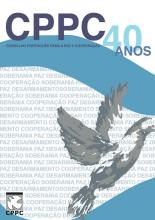 Its Statutes, registered at that time, defined the CPPC as a democratic and broad united movement of public opinion whose aim was to promote, by means of information and participation of broad strata of the country's population, the struggle for Peace and cooperation among peoples. To meet this purpose, the CPPC sought to act in cooperation with all the movements and forces of Peace, both national and foreign, striving to achieve the broadest unity among all the Portuguese sincerely committed to defending Peace.

The guiding principles of CPPC included the elimination of all forms of colonialism and racial discrimination and respect for the right of peoples to sovereignty, independence and freely choose their political, economic and social system. The inviolability of borders and territorial integrity of States also appeared as programme guidelines, along with respect for human rights and fundamental freedoms, with the elimination of all forms of fascism.
The CPPC also pledged to uphold the principles of peaceful coexistence and the substitution of a policy of force by negotiations to settle international disputes, non-interference in the internal affairs of every State, a ban on all weapons of widespread destruction, the end of the arms race, the abolition of foreign military bases and general, controlled and simultaneous disarmament.
Four decades later, these remain fundamental principles and practices of CPPC’s action.

Being a remarkable date, April 24, 1976 does not represent the emergence of the Portuguese Council for Peace and Cooperation and much less of the national peace movement expression. Yes, it symbolizes, its legal establishment, only possible following the April Revolution, begun on April 25, 1974.
The path of the Portuguese defenders of peace nationally, and indeed worldwide, began long before, in the beginning of the 50s of the 20th century.
In the footsteps of the construction of the world Peace movement, and contributing to it, the Portuguese supporters of Peace created committees for the defence of Peace in the work and study places, in neighbourhoods, villages and cities, in cultural and recreational associations and organisations, and spurned actions throughout the Country: promoted petitions, held meetings and discussions, painted writings on walls and carried out bold street initiatives.

Until April 25, saying no to fascism’s colonial war imposed on the Portuguese and African people, defending peace, disarmament and solidarity meant, in all likelihood, facing fascist repression and persecution: many defenders of Peace were imprisoned and tortured and many others forced into exile. But they never ceased to make their voices heard.

In the past four decades, since the formalization of the CPPC, Portugal witnessed numerous and vigorous actions in defence of peace, disarmament and the dissolution of NATO and solidarity with the people victims of colonialism, aggression and foreign interference and fighting for emancipation, sovereignty and progress - in its own name or as part of larger platforms, the CPPC was its chief architect.

Will go down in history the demonstrations, vigils, concentrations, conferences, debates, meetings, petitions, murals, distribution of documents, exhibitions, publications, concerts, and many more and diversified actions.

Due to the importance of the causes that motivated the mobilisation, we have to point out: the Peace movement's actions in Portugal against the military aggression against peoples and sovereign States led by NATO, US and other Western powers, like the aggression against the people of Korea, in the 50s, and when the Vietnamese people, for decades, faced and defeated French colonialism and US aggression.

The Peace movement in Portugal developed a courageous action to end the colonial war carried by Portuguese fascism against the peoples of Angola, Mozambique and Guinea-Bissau and the right to independence of the former Portuguese colonies.

In recent decades, the CPPC and other peace movement organisations raised their voices in solidarity with the people of East Timor in their struggle against Indonesian occupation, against the aggressions to the people of Angola, Iraq, Yugoslavia, Afghanistan, Libya and Syria, revealing their real motivations and defending the right of the peoples to decide sovereignly their destiny. Solidarity with the South African people in their struggle against the apartheid regime in South Africa.

To be highlighted are the marches against the installation and transit of nuclear weapons in Portugal, the installation of new US missiles in Europe and the demand for disarmament, held in the 80s, which mobilised hundreds of thousands of people. The Nuclear- Weapons-Free-Zones that involved dozens of local governments from the north to the south of the country. The dissolution of NATO also led to major actions, whose great example was the demonstration of November 2010.

True to its history and confident in the righteousness of its principles, the CPPC reaffirms its lasting commitment: to act side by side with all those who, in Portugal and in the world, intervene with the aspiration and conviction that a just world, democratic, solidary and peaceful world is possible.

The Constitution of the Portuguese Republic

The importance of the Peace movement in the courageous resistance of the Portuguese people against the longest fascist dictatorship in Europe and the link between the struggles for peace and democracy and social progress were set down in the Constitution of the Portuguese Republic, adopted on April 2, 1976. In its Article 7 it enshrines, among other principles: national independence, respect for human rights, the rights of peoples to self-determination, independence and development, as well as the right to insurrection against all forms of oppression, equality among States, the peaceful settlement of international disputes, non-interference in the internal affairs of other States and cooperation with all other peoples for the emancipation and progress of mankind as well as the abolition of imperialism, colonialism and all types of aggression, domination and exploitation in the relations among peoples, and a general, simultaneous and controlled disarmament, the dissolution of political and military blocs and the establishment of a collective security system with a view to creating an international order capable of safeguarding peace and justice in the relations among peoples. An independent foreign policy of solidarity and cooperation with the peoples of the world, not subject to outside interests, long demanded by the supporters of peace, also became, since then, a constitutional goal.

The Portuguese Council for Peace and Cooperation has been bestowed with the title of United Nations Messenger of Peace. This distinction, bestowed by the then Secretary-General of the United Nations, Javier Perez de Cuellar, was a recognition of the unique role played by the CPPC in spreading the values and causes concerning the International Year of Peace, celebrated in 1986. That year, it should be recalled, witnessed impressive Marches for Peace, for nuclear disarmament, which brought hundreds of thousands of people to the streets in the major cities of the country.

The CPPC is currently a member of the Secretariat and of the Executive Committee of the World Peace Council, a non-governmental international organisation with a seat in various specialised agencies of the United Nations. The World Peace Council was founded in the years 1949-50 and had, among its other leading protagonists, the French physicist Frédéric Joliot Curie, painter Pablo Picasso, writer Jorge Amado and poet Pablo Neruda. In Portugal, among important supporters of the Peace movement we had writer Maria Lamas, physicist Manuel Valadares, composer and conductor Fernando Lopes-Graça, writer Alves Redol and the former Head of State Francisco da Costa Gomes, who was for years Chairman of the CPPC.