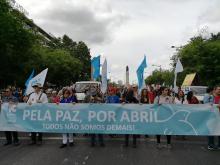 The Portuguese Council for Peace and Cooperation, member of the Preparatory Committee of the Popular Celebrations of the 25th of April revolution in several Portuguese cities, participated in demonstrations throughout the country last April 25th.
In these demonstrations that celebrate the Revolution started on 25th of April 1974, that defieted the fascist dictatorship, brought democracy to Portugal and inscribed the values of peace and cooperation in our country’s Constitution, CPPC’s activists and friends marched with a banner that read “For April for Peace! For Peace all of us are not too many” and distributed thousands of leaflets on current events and Peace.
See bellow the text of the leaflet:

For April! For Peace!
No to war!
Article 7 of the Portuguese Constitution enshrines principles such as «peaceful solution of international conflicts», «non-interference in the internal affairs of other states», the respect for the «rights of peoples», the «abolition of imperialism, colonialism and any other forms of aggression, domination and exploitation in the relations among peoples», «general, simultaneous and controlled disarmament» and the «dissolution of political-military blocks».
These principles and objectives, that are inspired and develop those stipulated in the United Nations Charter and the Final Act of the Conference on Security and Co-operation in Europe, did not arise by change, but were born of the bitter experience of two world wars and were and are essential to avoid the conflagration of a third, which would have incalculable consequences for the future of all Humanity. Given the present worsening international tensions, the firm defense of these essential principles to ensure peace and international security continues to be a central objective of the action of CPPC and all who with it converge.

International tension worsens
In the last weeks, the US, with the support of their allies, namely NATO, conducted a series of unilateral actions, disrespecting international law, that considerably worsened the military tension in regions as sensitive as the Middle East, Central Asia or the Korean Peninsula. The consequences of these acts are still difficult to foresee fully.
On April 7th, the US bombed a Syrian military base, fact that islamic terrorist groups that operate in the country took advantage to advance in the terrain. The presented pretexts — the use of chemical weapons in Idlib, allegedly used by Syrian authorities, which they categorically deny, while facts and who is responsible is yet to be ascertained — bring to memory the (nonexistent) weapons of mass destruction that motivated the invasion and destruction of Iraq in 2003.
Days after, in Afghanistan, the US launched its largest conventional bomb, in a dangerous affirmation of force. The step that followed, almost immediately, was the reinforcement of the US military presence in the Korean Peninsula and threats of direct intervention against the Democratic Popular Republic of Korea (DPRK).
In this issue, one need remember the destruction of northern Korea by US bombs, between 1950 and 1953; the significant US military presence in southern Korea, in Japan and in the Pacific; and the constant threats to the DPRK, much earlier that the beginning of the north Korean nuclear program, which is presented as the reason for the escalation. It is nonsensical to speak of the just objective of unilateral denuclearization of the Korean Peninsula, pointing to only one party and, mostly, one cannot exclude from this demand the country that detains one of the largest nuclear arsenals in the world, that promotes its modernization and installation outside of its territory and reaffirms in its military doctrine the possibility of a nuclear first strike by the US.
The only demand that truly serves the cause of peace is what CPPC has always defended; general, simultaneous and controlled dismantlement of all nuclear arsenals in the world. In that sensitive region of the globe, this demand should be accompanied by other measures that give real guarantees of non-aggression of the US upon the DPRK, thereby avoiding what happened in Iraq, Libya and Syria.
More than ever, it is necessary to mobilize wills against peace, against war.

NATO prepares war summit in Brussels
Further advance eastward, intensifying the pressure upon the Russian Federation, and promoting the increase of military spending of European members, are two of the main objectives of the summit NATO will hold on May 25th in the Belgium capital, Brussels.
In the last years, NATO spread to the doors of Russia — and through partnerships and agreements to practically the whole world — and widened the sphere of action, assuming today, fully, as a warmongering organization at the service of the US foreign policy: aggression to Yugoslavia, Iraq, Afghanistan or Libya prove the real aims of NATO. Its members and allies are responsible for the vast majority of world military spending. Only the dissolution of NATO and the implementation of a collective security system based on the United Nations will serve the security of peoples and the cause of peace.

Portugal must defend Peace
The Portuguese Government is obliged to fulfill the principles enshrined in the Portuguese Constitution, born of the April Revolution, and the United Nations Charter, with no «international compromises» in NATO or in the European Union that overlap. Therefore, Portugal should defend the dissolution of NATO and not get involved in the reinforcement and militarization of the EU, as well as vehemently condemn any step towards aggression of foreign States and peoples and not manifest — as the Portuguese Minister of Foreign Affairs — «understanding» for a legal and adventurous military action, such as the US bombing of Syria. 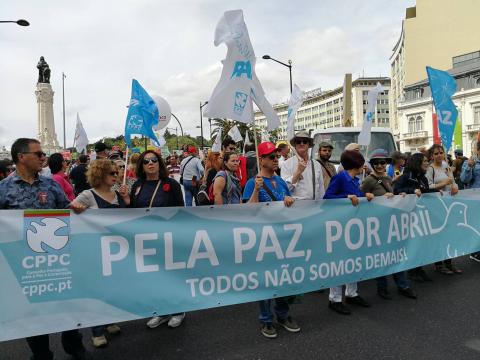 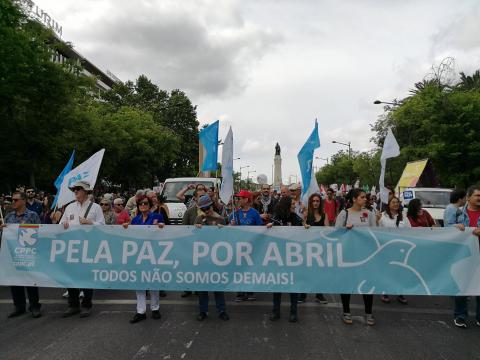 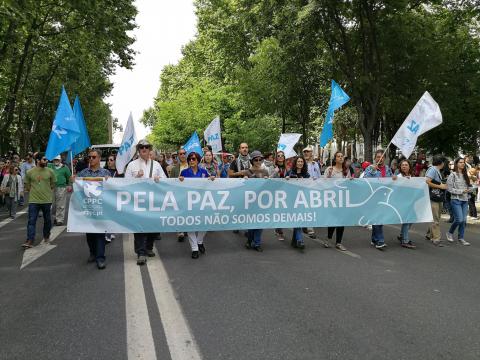 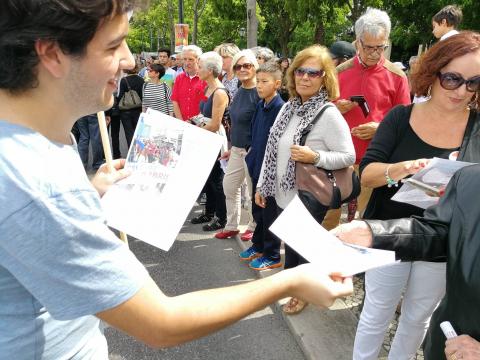 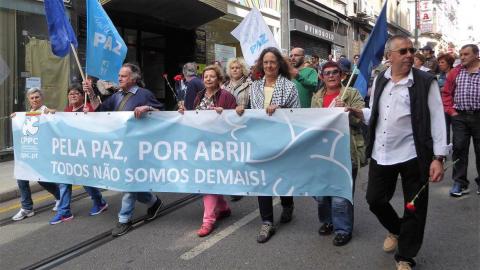 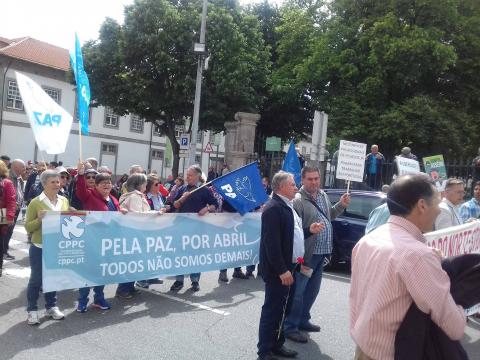