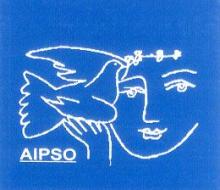 The AIPSO notes with concern the current situation in Venezuela resulting from renewed interference of the United States in the internal affairs of this sovereign country with the expressed aim of overthrowing the legitimately elected President, Nicolas Maduro.

We condemn the move by the United States Trump administration to accord recognition to the leader of the opposition Juan Guaido, who on Wednesday, January 23, proclaimed himself "interim president” of Venezuela, against the will of the people of Venezuela, who had elected Nicolas Maduro as President for a second term in May 2018 in general elections held as per the Constitution of Venezuela and under the watch of several international observers. The country is already divided along racial and socio-economic lines, and by sponsoring the opposition’s move to oust President Maduro through extra electoral means, the US, through its allies in the Lima Cartel, and the OAS, is further worsening the polarisation which can only lead to further deterioration of the internal situation in Venezuela and bring more instability, violence and conflict.

The illegal US sanctions have already worsened the economic condition of Venezuela, and through this move the US and its allies are hoping to carry out their aim of a regime change in Venezuela. The US has a long history of sponsoring coup d’etats and imposing economic blockades against progressive governments in Latin America. The US, backed by its allies in the region, is now attempting to replicate that history and its more recent regime change ventures in Iraq, Syria, Libya. The main objective of the US is to regain control of this oil-rich nation and stop its social model of equity and justice from consolidating itself.

The AIPSO believes that any solution to the crisis in Venezuela requires a negotiated settlement, and not such brazen and reckless interference in the matters of a sovereign country. We reiterate our support to the Bolivarian Revolution of Venezuela, and express its unequivocal support for the legitimate President of Venezuela, Nicolas Maduro, elected democratically by the people of Venezuela.