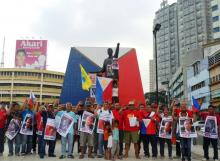 Speakers at the rally condemned Obama’s arrival which coincided with the signing of a new “Enhanced Defense Cooperation Agreement” (EDCA) which would allow the presence of more US military forces in the Philippines under the “Visiting Forces Agreement” (VFA, which was signed in February 1998 by then-president Erap Estrada). The new EDCA also allows the USA to build or bring in any infrastructure or equipment at Philippine military camps which may be required for US military exercises and operations in Philippine territory under the “Mutual Defense Treaty” (MDT, which was signed in August 1951 by then-president Elpidio Quirino).

The rallyists also condemned Obama’s record as the World’s Number-1 Terrorist, whose war policies cost the lives of millions of people in Iraq, Afghanistan, Pakistan, Somalia, and elsewhere. Obama is known as the butcher of Libya, a country that he destroyed and is now balkanizing for the benefit of the petroleum transnationals. Obama is also known as the butcher of Syria and Lebanon, 2 countries that Obama is trying to destroy and balkanize with the use of mercenaries and sectarian or fundamentalist forces supported by despotic Arab monarchies.

Presently, Obama’s brinkmanship in the Korean peninsula, and his support for the neo-fascist coup d’etat in the Ukraine, are endangering world peace. Obama’s “pivot”, towards the strengthening of US military forces in the Asia-Pacific region, is also clouding the USA’s long-standing strategic partnership with the People’s Republic of China. The PPSC also condemned Obama’s plan to involve the Philippines as part of the USA’s anti-PRoC alliance in this region. Obama’s building of such an anti-PRoC alliance cannot be trusted, considering that the USA and the PRoC are not only competing hegemonists, but are also capitalist partners. Towards the peaceful resolution of the contending Philippine and PRoC territorial claims in the West Philippine Sea, the PPSC called for strict adherence to the dispute-resolution mechanisms under the UN Convention on the Law of the Sea (UNCLOS), instead of Philippine reliance upon a US military alliance.

The venue of the rally is named after Ninoy Aquino (the father of the present president) who was a former senator who admittedly worked with the CIA and the local maoist founders. He was assassinated in 1993 as he returned from the USA to campaign against the then-waning Marcos dictatorship. The rallyists put to some good use his towering statue at this park, by decorating it with anti-Obama posters. 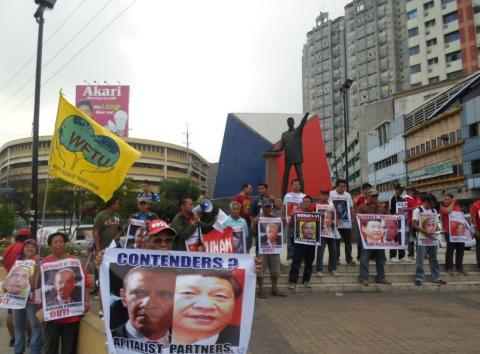 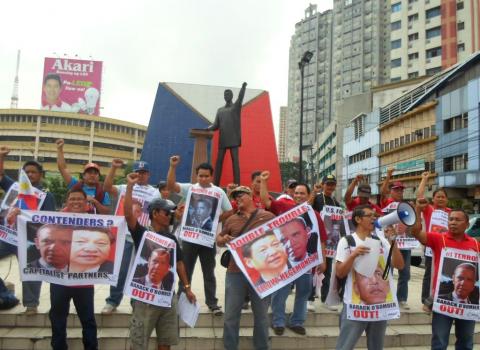 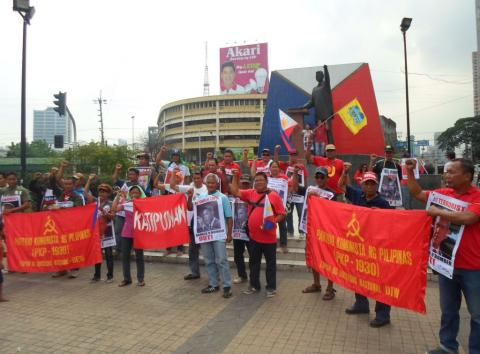 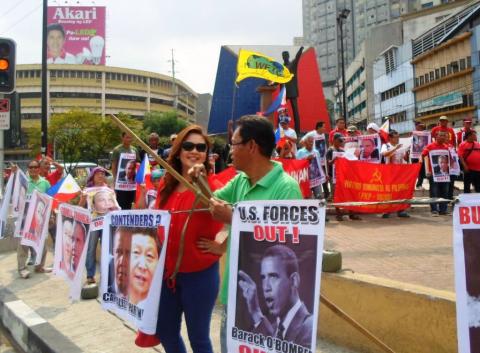 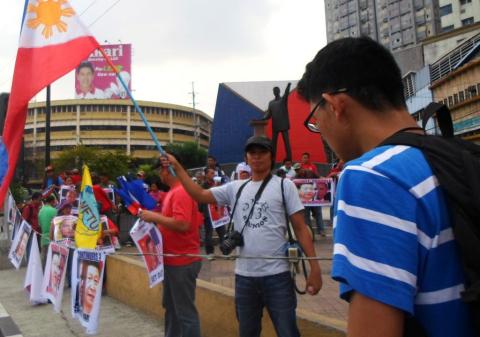 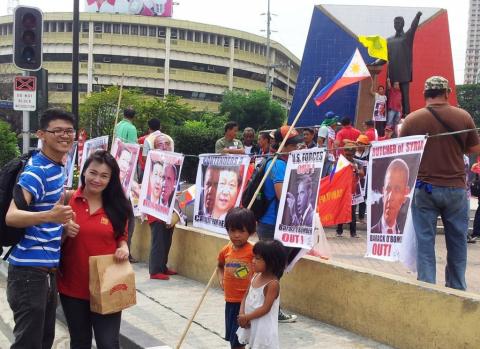 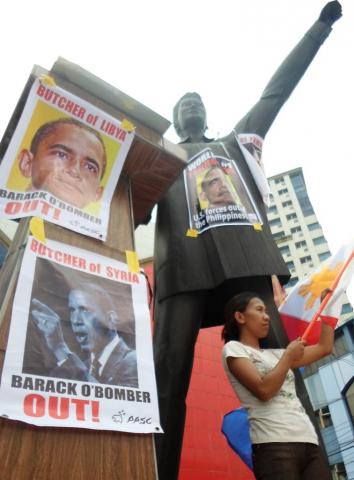 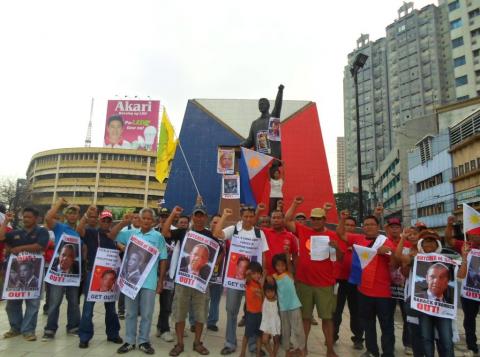