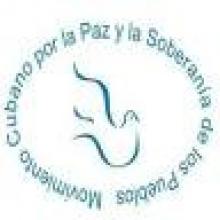 The Cuban Movement for the Peace and Sovereignty of the Peoples makes the most energetic call to all peace organizations worldwide to demand the government of the United States to pronounce itself with regard to the terrorist attack endured by the Embassy of the Republic of Cuba at its venue in Washington last April 39.
It is truly shameful that the authorities of that country have not to this point condemned the criminal action nor supplied the information they possess on the links of the physical author of the 32 shots against that Diplomatic Mission (fired with an AK-47 assault rifle) and several groups of outspoken and prolonged violent actioning against Cuba that operate in Florida and other USA enclaves.
With such actions, the government of the United States fails to abide by the Vienna Convention and multiple treaties endorsed by the International Law that compel the States to provide full guarantees for their work and security conditions for the diplomatic staff accredited in those countries as well as for their relatives.
On the other hand, the “accomplice silence” causing concern, which already extends for more than three weeks reveals the double edge standard employed by that country to judge terrorism, thus encouraging vandalistic groups disseminated and trained throughout its territory to develop similar operations in the future against the largest island of the Antilles and any other nation.
As if the irresponsibility were not enough on top of the impudence and bad conducts, the present USA administration has recently included Cuba in the spurious and discredited list of “countries that do not fully cooperate” with the anti-terrorist efforts, under Section 40 A (a) of the Law on the Export Control of Weapons of that country.
That decision, in addition to the fact that the United States lacks every kind of authority to set itself up as international judge – in addition to its lack of prestige in numerous fields, among them that of Human Rights – is absolutely unsustainable due to the transparent, exemplary position of attachment to the precepts ruling the international norms and legislations maintained by Cuba for decades.
This measure, likewise, seems to be a “pretext” for the upcoming inclusion of Cuba in the list of “countries that sponsor international terrorism”, another arbitrary Yankee monster scheme from which we were excluded in 2015 during the presidential term of Barack Obama after Ronald Reagan had initiated this perverse procedure of introducing us in lists in 1982. We are alerting and denouncing already about this maneuver that is now being lucubrated in diverse corridors and circles of power of Washington.
Neither from Havana nor from any city or town of our geography have terrorist acts been encouraged or organized against the United States or any other country. On the contrary, we have paid the high blood quota represented by the 3,478 mortal victims of hundreds of attacks (among them the explosion of the French ship La Coubre on March 4, 1960 and the bombing of the Cubana de Aviación aircraft flying from Barbados on October 6,1976, as well as the 580 actions against venues and Cuban diplomatic personnel accredited abroad) and the more than 2,000 human beings who remained disabled as the result of said criminal operations.
“Cuba does not go begging around the world, she goes as a sister”, sentenced José Martí, the Apostle of our independence more than a century ago. Right now, without asking for anything in return, 26 brigades of the Henry Reeve medical contingent are participating in the struggle against the COVID-19 in 24 world countries. They add to other contingents made up by thousands of members of our health professionals who were already working in 59 nations. Something simply extraordinary in times when there is an attempt to globalize threats, extortion and the use of force from the empire. This has been recognized by more than twenty organizations from Europe and other latitudes by proposing that the Henry Reeve Contingent be awarded with the Nobel Prize for Peace.
This region in particular gave a far-reaching step when it adopted the Proclaim of Latin America and the Caribbean as Zone of Peace at the Second Summit of the CELAC in January 2014 in the Cuban capital. Nothing and no one can abolish that commitment, which resulted from an intensive debate among governments of dissimilar political tendencies.
The peace movements of the entire world and we, the decent people in general, cannot admit that “accomplice silences” endanger the stability and peace in the hemisphere and the world. The United States has to answer and must do it now.