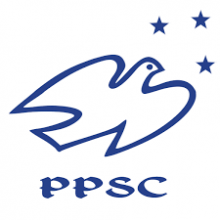 On November 10, a grave tragedy befell Bolivia as a coup d'état forced President Evo Morales Ayma and other top officials belonging to the Movimiento Al Socialismo (MAS, or Movement Towards Socialism) political party to resign. It was a coup d'etat orchestrated by the USA through its puppet Organization of American States (OAS) and an ultra-rightist Bolivian opposition led by Carlos Mesa, the presidential candidate that Evo Morales defeated in the election conducted 3 weeks ago, and Luis Camacho, the current regional leader of the “civic groups” in Sta. Cruz which attempted a coup in 2008.

First, it was a military coup “by omission”, with “security forces” withdrawing from the scene of violent anti-government demonstrations, and letting fascist gangs recruited and financed by the oligarchy to attack Pres. Evo Morales' home, to burn the houses of government ministers and leading elected officials, to assault progressive local officials and journalists, and impose a reign of terror against the Evo Morales leadership.

With the defenselessness of the government, then came the most vile and condemnable ultimatum of Armed Forces Commander Williams Kaliman for Pres. Morales to leave the government. That infamous ultimatum is a betrayal of the Bolivian people's will and mandate to re-elect President Morales and other leaders of the MAS electoral party. The October 20 presidential poll results are clear --- Morales had 46.86% of the vote, with Mesa (Trump's choice) getting 36.73% for second place. Morales won the presidency without going to a runoff, because the rules allow for a first-round win for a candidate that gets at least 40 percent of the vote and a 10-point margin over the closest competitor.

But agents of the OAS, who earlier claimed to play the role of impartial election observers, immediately interfered in Bolivia's internal affairs and issued a coup-promoting report questioning the elections' legitimacy. Bolivia was thus rocked by violence for 3 weeks since the elections, as opposition protests raged under the pretext of alleged election irregularities claimed by the OAS. On November 10, in the face of the mob rule given free reign by “security forces”, and Gen. Williams Kaliman's ultimatum, Pres. Morales was forced to resign.

Along with Pres. Morales, Vice-President Alvaro Garcia Linera and Senate President Adriana Salvatierra also resigned under duress, in a bid to stop the anti-government violence. Even the brother of Victor Borda, the president of the lower house of parliament, was taken hostage, to force Borda's resignation, and to pave the way for a coup-plotter in the lower house to later snatch the “interim presidency”.

But the violence against MAS and its supporters in La Paz and other areas controlled by the elite did not stop. The oligarchy revealed its true face –- its racist and violent nature –- and used terror and threats especially against the indigenous peoples represented by Morales. While Defense Minister Javier Salaveta, in his resignation, stressed that commanders under Pres. Evo Morales were never ordered to use military force against civilians, Williams Kaliman and the new military and police chiefs immediately used violence against demonstrators supporting the deposed Pres. Evo Morales. Political oligarchs have demanded that the military and police should control the masses, and repress the people's mobilizations against the coup that forced out Pres. Morales' democratically elected government.

Thanks to the Mexican government, Pres. Morales and other leading officials from MAS were saved from harm, and were granted political asylum in Mexico. Aside from Mexico, other countries, including Argentina, Venezuela, Cuba, Russia, China and Uruguay, condemned the coup and expressed support for Evo Morales. However, inside Bolivia, leaders and activists of the socialist movement continue to be threatened, harassed and persecuted. The safety of the 700 members of the Cuban medical brigade in Bolivia, who are mostly serving the poor and indigenous communities, should be guaranteed. Measures should also be taken to ensure that the mob assault on the Venezuelan embassy in La Paz would never happen again.

The coup has led to severe violence across the country, which continue to cost lives, add to the hundreds of wounded, and renew expressions of racism toward the indigenous peoples. Bolivia has the largest proportion of indigenous people in Latin America, and as the only indigenous president ever in Latin America, Evo Morales symbolizes the demands for justice of the original peoples of the Americas. The US government has been actively opposing Morales since 2001, even before he was elected president, preferring to support the tiny elite of European descent who have led Bolivia for centuries. Since Evo Morales was elected president in 2005, a hostile US government had been financing groups opposed to him and the MAS, and Bolivia has not had ambassadorial relations with the USA since 2009.

The Evo Morales leadership in the past 14 years oversaw the most successful socio-economic policies in Latin America, with the government really representing the indigenous and working peoples who constitute the majority of its population. Great strides were made to end illiteracy and extreme inequality. With the nationalization of strategic energy resources and the strengthening of public companies, poverty has been reduced by 42 percent. It was an era of economic growth and shrinking inequality, winning support from Bolivians who saw Evo Morales as their first true representative in the capital.

But economic relief for the poor does not serve imperialist interests. Thus the constant character assassination and defamation poured against Evo Morales by self-proclaimed “independent journalists” in the western media, accompanied by threats and bile directed against native peoples and the poor in general. By sowing terror, the reactionary forces in Bolivia, the OAS and the USA have temporarily seized power in Bolivia. But the brave militants of MAS and the trade unions, and the activists of the movement of indigenous peoples, continue to resist the persecution of the reactionary forces behind the coup.

The PPSC expresses its solidarity with the continuing anti-imperialist and anti-oligarchic struggles of the Bolivian people, for the restoration of democracy, the defense of national sovereignty, and the advancement of social justice. Together with the World Peace Council and all its national affiliates, the Philippine Peace and Solidarity Council stands on the side of the Bolivian people as they continue to struggle for their inalienable right to decide democratically their own future, free from foreign intervention and coup plotters.