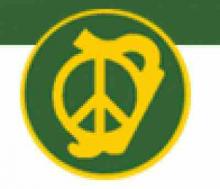 Donald Trump's decision to withdraw the US from the Iran nuclear deal is a dangerous and irresponsible move, rightly condemned by the international community.

The ground-breaking 2015 deal achieved its central aim: Iran doesn't have a nuclear weapons programme. Only a president hellbent on making the world a more dangerous place would consider such a belligerent and counterproductive move. It will be seen as a step towards war and sends a threatening message to the world.

The announcement may also shake peace talks taking place on the Korean peninsula. What faith can leaders now place in US involvement in peace deals when they see such a clear example of a US president not fulfilling his country’s agreed obligations?

According to Roger Cole of PANA nearly 3 million US troops have landed at Shannon Airport on their way to intervention wars in Afghanistan, Iraq, Libya, and Syria. The US has been involved in similar regime change strategies in Iran since 1953, surely common sense suggests it is a time to end Irelands collusion in yet another disastrous war in the Middle East.

See PANA document published before the 2015 deal 'Some Facts About Iran's Nuclear Activities' on www.pana.ie