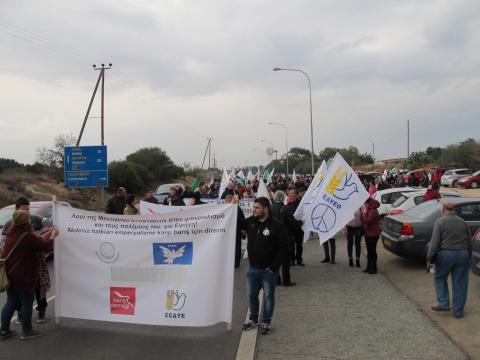 Forward for strengthening the WPC towards our next World Assembly in November 2016 in Brazil!

The Executive Committee meeting of the World Peace Council was held in Guantánamo, Cuba, on 20-21 November, 2015. The reports of WPC President Socorro Gomes and General Secretary Thanassis Pafilis are as follows:

Dear Friends and Comrades in Peace,
As you are well aware, our world is at a critically dangerous juncture: the possibility of a military, potentially a nuclear, confrontation between NATO, led by the United States, and
Russia. The militaries of the two nuclear superpowers are once again facing each other, this time in Eastern Europe, especially in Ukraine, and in Syria. And tensions are increasing each passing day. 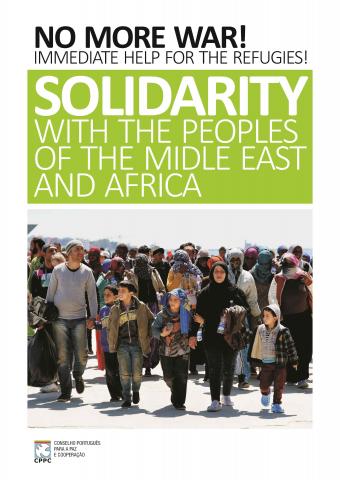 Completing 60 years since its founding, The Greek Committee for International Detente and Peace (EEDYE) is strengthening its struggle against imperialism and, alongside the militant workers’ and people’s movement.

In the attached file you can read the leaflet published for the 60th anniversary. 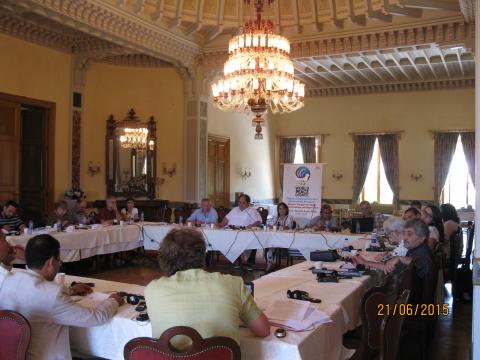 Communiqué of the Secretariat Meeting of the WPC

The Secretariat of the World Peace Council concluded successfully its meeting in Istanbul, hosted excellently by the Peace Association of Turkey on 20-21 June 2015. The meeting took place at the same venue after the two successive regional Meetings of the Middle East and Europe on 18-19 June respectively.

▪ Defeating the Harper Conservatives: The peace movement and the coming federal election

▪ Anti-imperialism at the Peoples' Social Forum

▪ Canada’s Russian Sanctions and the Matrix of Empire

▪ 70th Anniversary of the Victory over Fascism

The “Moscow Appeal” was adopted by six international organisations, namely WPC, WFTU, WFDY, IADL, WDIF and FIR who attended the events of the 70th anniversary of the Anti-fascist Victory in Moscow. 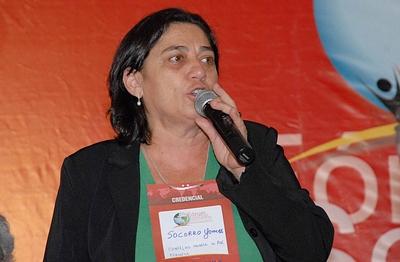 We are consternated by watching yet another escalation in the imperialist aggression against the Middle East. Besides all the confabulations with autocracies such as the Saudi Arabia and Qatar, the USA have a “sacred” alliance with the Zionism institutionalized in Israel and, especially in the last years, with Turkey. The aim is to destabilize governments contrary to their agenda or to intensify the pillaging of countries such as Iraq, left vulnerable due to the devastating wars and looting promoted by the US’ imperialism with their European allies.