World Peace Council Regional Meeting for the Americas and the Caribbean
Toronto, Canada, July 18 and 19, 2016

WORLD PEACE COUNCIL ACTION PLAN FOR THE REGION OF THE AMERICAS FOR THE PERIOD 2016-2018
• To carry out the necessary actions in support and promotion of the upcoming WPC Assembly in Sao Luis, state of Maranhao, Brazil, on November 17-21, 2017.
• To maintain and extend the rejection to the military, political and economic imperialist aggression and meddling in the region and worldwide, and to the NATO presence in the Malvinas, the Artic and other areas of the continent.
• To strengthen the campaign in demand of the retreat of the United States and Canada from NATO.
• To extend the sustainability actions of the Proclaim of Latin America and the Caribbean as Peace Zone, in the face of the destabilizing offensive of imperialism against the progressive political processes in the region.
• To promote the widest possible participation of organizations, peace fighters and personalities from the region in the First International Seminar “Realities and Challenges of the Proclaim of Latin America and the Caribbean as Peace Zone”, to be held in Havana, Cuba, on September 21-23, 2016.
• To strengthen and extend solidarity with the progressive political processes threatened by the imperialist counteroffensive and the new doctrine toward the region, which aims at to the reestablishment of neo-liberal policies.
• To maintain and extend the denunciation of meddling actions by imperialism, supported by the national oligarchies in Brazil and Venezuela.

• In the new context of the establishment of diplomatic relations between Cuba and the United States, to maintain the demand of lifting the economic, commercial and financial blockade against Cuba, and in favor of the return to Cuba of the territory illegally occupied by the United States in Guantánamo.
• To continue denouncing the presence of bases and other foreign military installations in the region, and promote and support the celebration of the Fifth International Seminar for Peace and the Abolition of Foreign Military Bases in Guantánamo, Cuba, on May 4-6, 2017.
• To maintain active support in solidarity with the peace negotiating process in Colombia and with the agreements signed in Havana, Cuba, until achievement of the definite and sustainable peace for that brotherly people.
• To convey solidarity with the social struggles of the Mexican teachers, students and workers and against the repression they are enduring.
• To multiply the actions in solidarity with the cause of indigenous peoples.
• To increase the denunciation of the colonial situation in the region, particularly in Puerto Rico and other colonial enclaves.
• To continue conveying solidarity to the peoples that endure imperialist aggression in other world regions such as Palestine, Syria and others.
• To strengthen and extend the work aimed at stimulating the creation and reactivation of peace organizations in countries of the region that adhere to the WPC.
• To continue developing activities in celebration of anniversaries of world events related with peace. 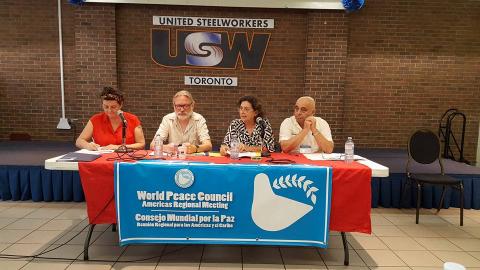 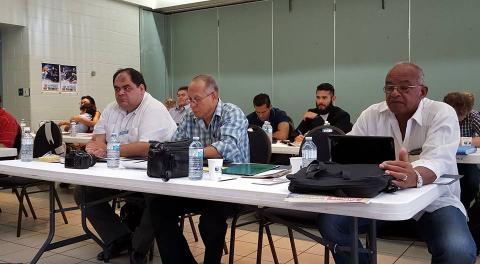 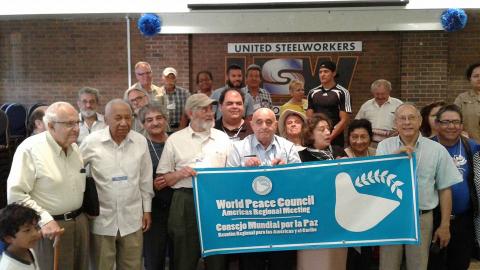