RESOLUTION FOR THE CYPRUS ISSUE

The World’s Peace Council Organizations from the Regions of Europe and Middle East that met in Nicosia at 9th and 10th of September 2016 discussed amongst other crucial issues that affect and undermine peace in Europe, Middle East and in the World, the developments regarding Cyprus as well.

The WPC Peace Movements acknowledge the region of Eastern Mediterranean, as one of the most desired areas for the imperialists because here, gas, petrol, their transport routes and transitional stations, coexist. Cyprus consists for imperialism a strategic place of interest for the serving of its interconnected political, economic and military interests. We acknowledge that Cyprus is very important for Turkey and hence for NATO, and this is something that especially now we do not forget and always take into account.

We, the peace loving forces of Europe and Middle East condemn the ongoing for 42 years illegal Turkish Occupation of the 37% of Cyprus. We denounce the division of Cyprus and clearly state that for us; permanent division of the Island is a catastrophe. We will not stop expressing in all possible ways our solidarity to Cyprus Peace Council and the anti-imperialist struggle of the people of Cyprus, both Greek Cypriots and Turkish Cypriots, against occupation for a really just and viable solution, that will reunite the Country and the People of Cyprus and will set the People of Cyprus total masters of their land and their wealth.
We do underline that the only way for solving the Cyprus issue is through a peaceful process. The bi-communal negotiations between Cypriots must be fully respected by everybody and be let proceed without any interference and interventions; with complete respect to the International Law, the UN Resolutions for Cyprus and the Highest Level Agreements for Cyprus of 1977 and 1979.
WPC European Peace Movements stand in solidarity with the people of Cyprus who struggle for a reunited Country and People in a Bi-zonal, Bi-communal Federation with a single Sovereignty, a single citizenship, and a single international personality and with political equality, as described in the relevant UN Resolutions. We support a solution that can be reached outside suffocating deadlines and free from custodians and Guarantors, a solution that will lead to a fully and from all aspects demilitarized Cyprus.

Lasting Peace with justice for Cyprus! 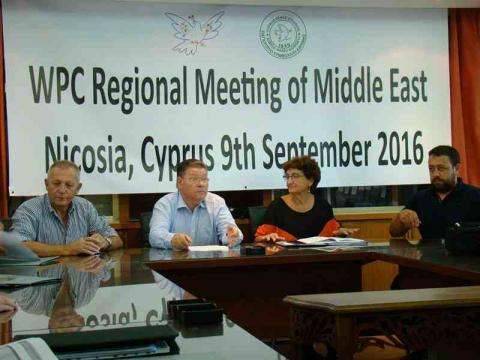 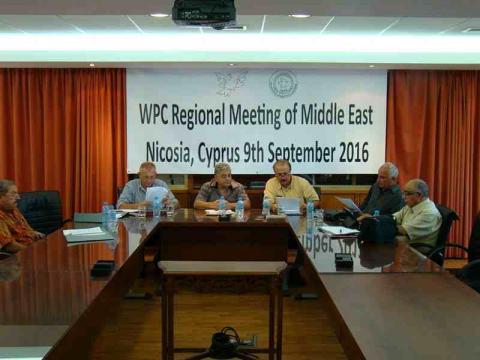 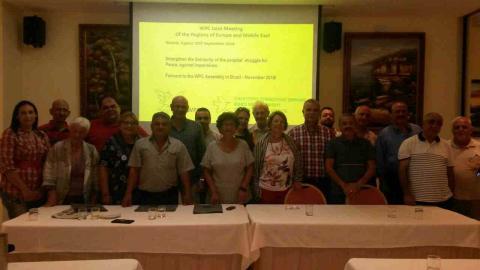 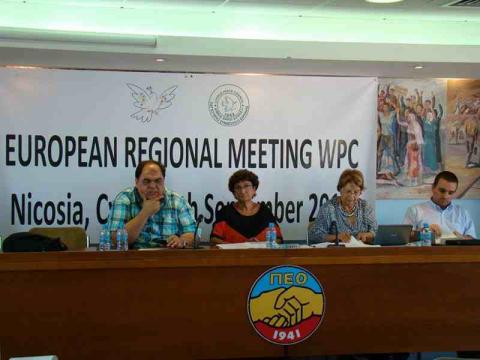