The Peace Committee of Turkey, the Greek Committee for International Détente and Peace, and the Cyprus Peace Council successfully held their 8th trilateral meeting on 15-17th December 2017, in İzmir, Turkey under the auspices of the World Peace Council.

After the closed session of the Trilateral, the participants held a panel discussion in the town of Çeşme, near İzmir, co-organised with Pir Sultan Abdal Cultural Association, Çeşme Branch. The three organisations shared their views about the issue of refugees, a grave and important issue for all three organisations and their respective countries, with the audience.

A press release was issued as the outcome of the meeting. The three organisations agreed upon holding the 9th Trilateral in Cyprus in 2018.

“All US-NATO forces and bases out of our countries and of our region.
No to the imperialist wars in our neighbourhood”

The Peace Committee of Turkey, the Greek Committee for International Détente and Peace, and the Cyprus Peace Council, successfully held their 8th trilateral meeting on 15-17th December 2017, in İzmir, Turkey under the auspices of the World Peace Council.

The eighth Trilateral took place at a time of escalating tensions in our region and ongoing imperialist wars, especially in the Middle East. The three peace movements express their serious concern about the increasing aggressiveness of imperialism, expressed through the military interventions and wars as well as intensified through the economic crisis of the system.

We take positive note of the significant successes of the Syrian people with the defeat of ISIS. Nevertheless, there are developments that can keep the country and the region in the state of war for an unforeseen period of time. We salute the heroic resistance of the Syrian people against the imperialist-led aggression and express our solidarity with them.

The 2017 Trilateral is gathered in a period of ongoing agressions against the Palestinian people. We salute the resistance of the Palestinian people, repeating once again that there can be no just and viable solution without the end of Israeli occupation and recognition of an independent Palestinian state, as a full member of the UN, established on the borders drawn before 4th June 1967, with East Jerusalem as its capital and demand freedom for all Palestinian political prisoners and the right of return of the refugees to their homes.

In Greece, the capitalist economic crisis has been going on for 8 years and the current government is continuing to attack labour rights and pensions, salaries and allowances, along with the heavy taxation on popular strata, hand in hand with the EU, the ECB and the IMF for the sake of the interests of the big capital. At the same time, it plans to provide and facilitate new military bases to the USA and NATO in Greece as well as to upgrade certain facilities. We denounce these anti-people policies and declare our solidarity with the Greek people in their struggle against these plans.

Cyprus, after 43 years, is still under Turkish occupation and divided; and the Cyprus issue remains an international issue of foreign invasion and occupation. We declare our solidarity with the people of Cyprus, Greek Cypriots and Turkish Cypriots, in their struggle for the end of the occupation, for a reunited country and people and a demilitarized country, of a single sovereignty, single citizenship and single international representation, free of custodians, guarantors, foreign military bases and foreign military troops; for a solution based on International Law as it is defined in the principles of the founding Charter of the UN and in accordance with the relevant UN Resolutions on Cyprus.

As oppression against progressive forces in Turkey is continuing, freedoms are being suppressed; under the pretext of the state of emergency. On the other hand, the reactionary government continues to implement religious fundamentalist policies and undermine the secular character of the state. We express our solidarity with the Turkish people, who are resisting these reactionary and oppressive policies. We denounce the ban on the Peace Association of Turkey, a historical and prestigious member of the WPC and of its Executive Committee, and demand the immediate, complete and unconditional lifting of the above mentioned decision.

The three organizations holding their 8th Trilateral meeting reaffirm their will for a deeper cooperation, to strengthen the solidarity between our movements and our peoples and undertake common initiatives; in particular, on the issue of refugees, which is a common and grave issue for our countries and peoples, as well as on the issue of NATO, the armed wing of imperialism which is acting hand in hand with the EU against the peoples of the world. The permanent structured cooperation (PESCO) agreement, recently signed by the EU governments in the framework of the EU Global Strategy for Foreign and Security Policy (EUGS), indicates to the escalation of military aggressiveness.

The participants agreed that the 9th Trilateral meeting shall be held in Cyprus in 2018. 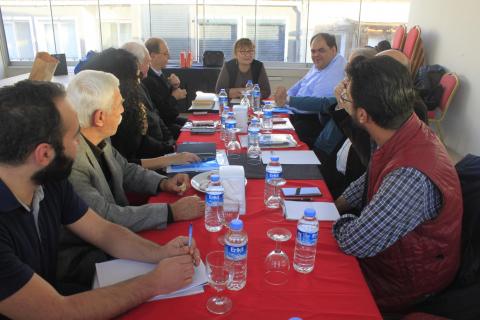 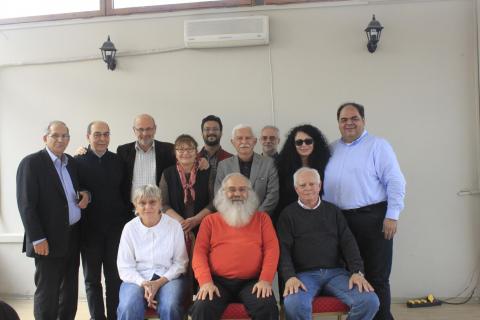 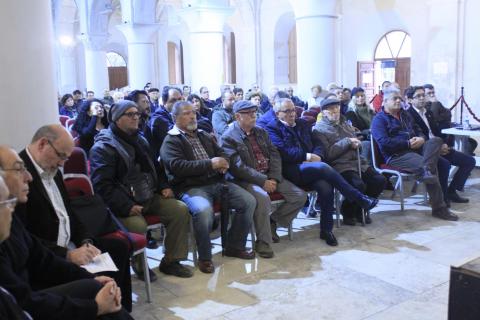 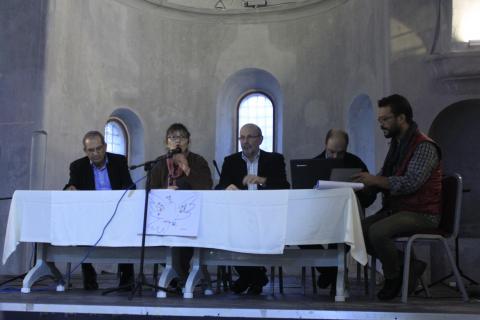 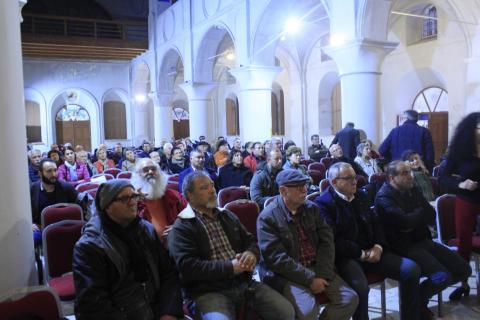 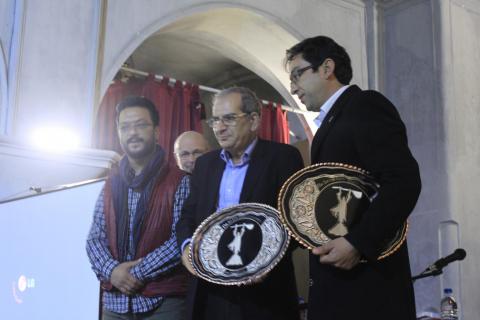 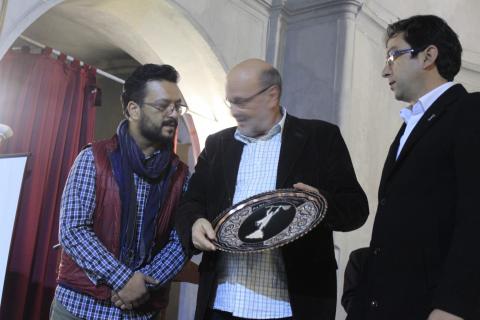