On Sunday 19th December the Executive Committee (online) meeting took place with the participation of 29 organisations members of the EC and 58 participants in total. During the EC, the WPC President Socorro Gomes delivered a speech and the General Secretary Thanassis Pafilis the Report to the EC. The Executive Secretary Iraklis Tsavdaridis presented the proposal for the holding of the XXII Assembly which was unanimously endorsed and adopted. The EC received the regional reports for Africa, America & Caribbean, Asia&Pacific, Europe and Middle East on behalf of the of the Regional Coordinators (SAPI South Africa, MOVPAZ Cuba, NPSC Nepal, CPPC Portugal and PCPS Palestine by the comrades Chris Matlhako, coordinator of SAPI, Fernando Gonzalez, President of ICAP Cuba, Rabindra Adhikari, coordinator NPSC, Ilda Figuereido, president CPPC and Dr. Aqel Taqaz, coordinator PCPS, respectively. On behalf of the Vietnam Peace Committee (VPC) the Vice-President of VPC Tran Dac Loi spoke who was accompanied by the General Secretary of VPC Dong Huy Cuong. In continuation more than 20 speakers took the floor briefing about the situation on regional and national level, regarding the global health pandemic and the challenges deriving from the growing imperialist aggressiveness and threats to peace and stability in the world. The attending delegates represented the anti-imperialist peace movements from Brazil, Cuba, USA, Argentina, Mexico, Dominican Republic, Venezuela, Canada, Portugal, Greece, Cyprus, Turkey, Czech Republic, Switzerland, Germany, Palestine, Lebanon, Egypt, Jordan, Iran, South Africa, Nepal, India, Bangladesh, Australia, Philippines, Laos, and Sri Lanka.

The Executive Committee of the WPC decided to mandate the Vietnam Peace Committee (VPC) to host the XXII Assembly of the WPC, tentatively at the end of August/beginning of September 2022 in the capital of the Socialist Republic of Viet Nam, Hanoi. Along with the Assembly a broad International Conference will be held as well as events of National importance of the host country. Before the Assembly the outgoing EC will hold its meeting in Hanoi. The slogan for the XXII assembly was adopted as follows: “We strengthen the anti-imperialist struggle and solidarity for a world of peace and social justice”.

The WPC Secretariat was mandated to carry out the political, technical and other consultations with the VPC in order to prepare the invitation and mobilization process for the Assembly. 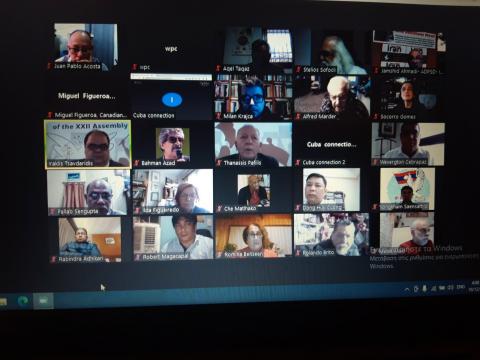 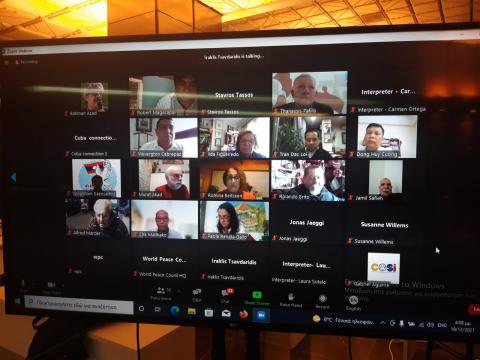 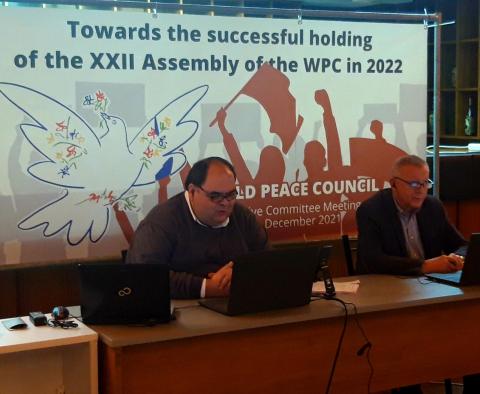 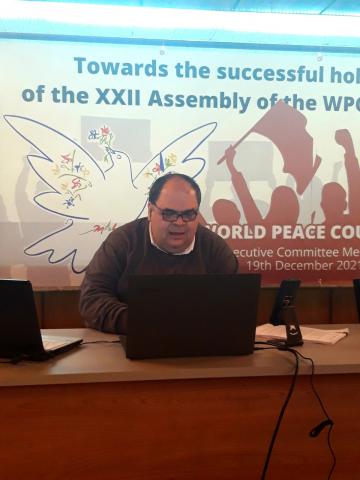