On Wednesday July 11 2018 a demonstration against NATO took place on Wenceslas Square in the centre of Prague, Czech Republic. Protest was organised by the Czech Peace Movement in the framework of the international anti-imperialist campaign of the World Peace Council "YES TO PEACE! NO TO NATO!" and was orgaised the same day the NATO summit started in Brussels, Belgium.

Participants of the demonstration, which was suported by several other Czech peace organizations, protested against membership of the Czech Republic in NATO, military budget increase, participation of the Czech army in foreign imperialist military interventions and rising of presence of the US military forces in the region of Central and Eastern Europe.

Several speakers spoke at the demonstration, among others chairman of the Czech Peace Movement Milan Krajca, spokeperson of the No to the Bases Iniciative Eva Novotna, Ist vice-chairman of the Communist Party of Bohemia and Moravia Petr Simunek, chairman of the Association Soldiers against War colonel Jiri Bures, member of the European Parliament Jaromir Kohlicek as well as representatives of women's, youth and other social movements. 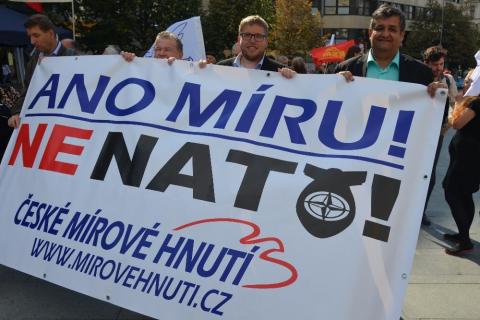 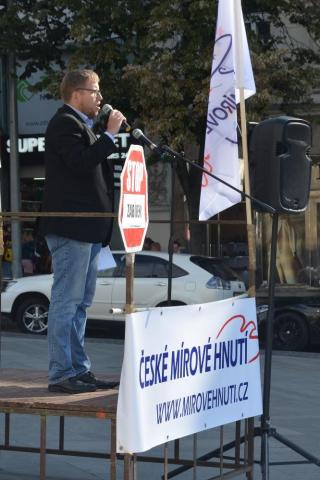