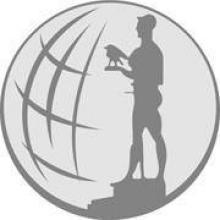 From the Belgrade Forum, the Club of Generals and Admirals of Serbia, and the Foundation United for the Youth

Following the news published in the Serbian media that a number of Norwegian Members of Parliament have officially raised an initiative to have the Nobel Peace Prize awarded to NATO, the Belgrade Forum for a World of Equals, the Club of Generals and Admirals of Serbia, and the Foundation United for the Youth have jointly sent an open letter to the Norwegian Nobel Committee.
The letter recalls that 21 years ago NATO undertook an illegal aggression against Serbia (the Federal Republic of Yugoslavia), acting on its own and without the UN Security Council approval, in a gross violation of the UN Charter, the Helsinki Final Act, a number of other international conventions, and its own Founding Act of 1949.
The letter notes that the aggression took between 3,500 and 4,000 lives (the list has not been concluded as yet) including 89 children, and left more than 12,500 wounded people, with the number of casualties having succumbed to its subsequent consequences including the environmental damage yet to be determined. The direct economic damage was estimated at over USD 100 billion.
The aggression was the first war on the European soil after the Second World War, precedent for conducting illegal interventions around the world violating the UN Charter, undermining the role of the UN Security Council and for inciting separatism and terrorism. It marked the point of NATO’s transformation from a defensive into an offensive alliance, undermining a UN principle that peace should be defended by peaceful means only.
The letter recalls NATO’s use of missiles with depleted uranium and other forbidden weaponry having lasting graves effects, which had been strongly condemned at the European Parliament, the Parliamentary Assembly of the Council of Europe, and the national parliaments of many NATO (EU) member countries. The use of depleted uranium has left lasting consequences and keeps causing malignant diseases on a massive scale jeopardising lives of thousands of innocent people.
The letter concludes that, considering all the foregoing, NATO aggression of 1999 was in essence a crime against peace and humanity which, in addition to human toll and huge devastation, also inflicted a serious blow to peace and stability in the Balkans, in Europe and the world in general. It was the beginning of the new Cold War facing the world today.
Signatories of the letter on behalf of the of their organizations, Živadin Jovanović, General Milomir Miladinović, and Professor Dr. Danica Grujičić expressed the hope that the Norwegian Nobel Committee will take in consideration aforesaid.

Belgrade, March 20th, 2020
Marina Čolić, Executive Secretary
of the Belgrade Forum for a World of Equals