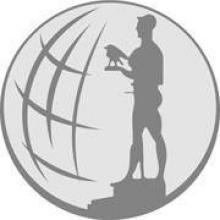 This March 24th Serbia marks the 17th anniversary since the start of the NATO military aggression on its (FRY) territory.
NATO 1999 aggression against Serbia (FRY) was a turning point in world relations towards negating of the World order established after Second World War, weakening of United Nations and International Law, globalization of the interventionism, new arms race and West-East confrontation. Nevertheless, multi-polarization of global world relations is inevitable process based on the rising potentials and roles of Russia, China, the BRICS and other independent countries. In this period of profound global changes the danger and risks for peace and stability come from those forces which have long enjoyed privileges in world relations and which believe that it is possible to protect the privileges using their military power. This kind of reasoning is misleading. The only way to safeguard peace and stability today is shared responsibility in solving all major international problems, return to respect of the basic principles of International law, primarily, principle of sovereign equality of nations, democratization instead of militarization of international relations, respect of the role of United Nations.
NATO aggression on Serbia (FRY) lasted 78 days and resulted in at least 2,500 dead civilians, plus 1.008 dead soldiers and policemen and more than 12,500 wounded. The aggression was conducted in alliance with the terrorist KLA.
The attacks on Serbia started on March 24, 1999, and the last one took place near Kosovska Kamenica on June 10 at 13:15 CET.
The list of civilians killed by NATO has not as yet been completed. Civic Associations like Belgrade Forum for a World of Equals, Generals and Admirals Club of Serbia, Veteran Association of Serbia, Serbian Host Society, Association of Families of Missing and Abducted Persons and others, have been repeatedly demanding competent authorities to complete the list of civilian victims, but so far without results.
NATO has never disclosed its losses.
There is no record as to how many of wounded people died as a consequence of injuries during aggression or unexploded cluster bombs in the period after the end of bombing. It remains unknown also how many persons have died in the past years as a consequence of depleted uranium missiles used by NATO. On February 2nd, 2001, the Federal Government established special Committee, headed by the Federal Minister Miodrag Kovac, mandated to “investigate long term consequences of depleted uranium missiles on the health of people and on natural environment. It never came to the public with its findings. Later the Federation of Yugoslavia (Serbia and Montenegro) was dissolved. It is noteworthy to remind that former NATO Secretary General Xavier Solana played key role in the process of separation of Montenegro from Serbia.
The total economic damage was estimated in 1999 at 100 billion of US dollars.
Many civic associations have addressed initiative to the competent Serbian authorities to demand war damage compensation from NATO and governments of NATO member countries. The more so that NATO leaders have publically recognized that NATO has violated international Law instigating aggression against Serbia (FRY). Many scholars, International law specialists, public figures and politicians from around the world, consider also that Serbia is entitled and should demand war compensation Serbian President Tomislav Nikolic in his public address two years ago declared that NATO is obliged to pay war compensation to Serbia.. So far, the public received no information about concrete steps undertaken by the Government.
The decision to attack Yugoslavia was the first in history to be made without the approval of the UN Security Council, and the order was given to U.S. General Wesley Clark, the allied commander at the time, by NATO Secretary General Javier Solana.

Later on, in his book “Waging Modern War”, Clark revealed that the plans for the air strikes against Yugoslavia were well under way in mid-June 1998 and completed in late August of that year.
Yugoslavia was attacked under the pretext of failure of the talks on the future status of the southern Serbian province of Kosovo and Metohija, held in Rambouillet and Paris in January and March 1999. In fact, plans to launch military attacks on Serbia (FRY) were finalized already in August 1998, while so called Rambouillet and Paris negotiation served as mere alibi to make the chosen victim responsible.

The 19-member Alliance launched projectiles from ships in the Adriatic Sea and four military bases in Italy, all with the support of strategic air bombers which took off from bases in Western Europe and later in the U.S. The first targets were barracks and air defense forces in Batajnica, Mladenovac, Priština and other locations. NATO planners predictions were that they would finish with President Slobodan Milosevic`s defense forces within a couple of days but those estimates proved to be inaccurate. This was prompted NATO to change the tactics. Its politicians and generals concluded that “in order to protect Alliance’s credibility”, it was necessary to launch massive attacks on civilian targets, including cities, towns hospitals, schools, electricity transformers, passenger trains…
There is practically no city in Yugoslavia which was not targeted on a number of occasions during the 11-week aggression.
Thus, 50th anniversary of NATO`s foundation, celebrated at the Washington Summit, was marked by a total war against small independent European country, in contravention of the basic principles of international law. At the same time, it was the war against UN, OSCE and Europe itself. It was precedent for ensuing wars in Afghanistan, Iraq, Libya, Mali, Yemen, and Syria. Military interventionism has become globalized and the world less secure. It was the start of militarization of Europe and world relations in general. From 19 members at the time of aggression on Serbia (FRY), NATO has become military monster of 28 members and several dozen associated members through so called Partnership for Peace and other forms of associations. USA military bases have been mushrooming form South East and Central Europe toward Russian borders. It is NATO strategy of expansion towards East that led to Maiden tragic events and coup in Ukraine.
It was the tactics of financing, arming and training of extremists and terrorists forces first applied in Kosovo and Metohija to destroy territorial integrity and over through legitimate government in Serbia (FRY) that later were used as a blueprint in Syria and elsewhere.
The bombing caused damage to 25,000 houses and apartment buildings and destroyed 470 kilometers of roads and 595 kilometers of railway tracks. A total of 14 airports were damaged, as well as 19 hospitals, 20 health care centers, 18 kindergartens, 69 schools, 176 cultural monuments and 44 bridges, while 38 more were completely destroyed.

NATO fired 1,300 cruise missiles, dropped 37,000 cluster bombs. Alliance’s forces also used banned depleted uranium missiles.
A third of the electric energy capacity of the country was destroyed, two oil refineries, in Pančevo and Novi Sad, were bombed, and NATO forces used for the first time so-called graphite bombs to disable electrical power systems.
Facing mounting diplomatic pressure, NATO ended the bombing with the signing of the Military Technical Agreement in Kumanovo on June 9, 1999, and the latest missiles fell near Kosovska Kamenica on June 10 at 13:30 CET.
The NATO secretary general issued an order to stop the bombing on June 10, after which Yugoslav forces began to withdraw from Kosovo.
On that day, the UN Security Council adopted Resolution 1244, and a total of 37,200 KFOR soldiers from 36 countries were sent to the province, with a mission to preserve peace and security.
About 250.000 of Serbs and other non-Albanians have been forced out of Kosovo and Metohija since KFOR and UNMIK took over control of this Serbian Province. Even 17 years after they have not been allowed to safely return to their homes and estates. Great many of them still live in so called Centers for collective shelter in suburbs of Belgrade, Nis, Kraljevo, Kragujevac and other Serbian cities. Those who stayed in the Province continue to be threatened, attacked, and even killed on a daily basis by extremists.