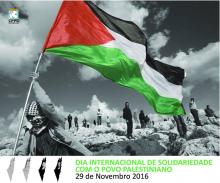 This date is related with distinct events in the recent History of Palestine: resolution 181 of 1947 that determined the division of Palestine in two States: Palestine and Israel. In the territorial partition, 57% of the territory would belong to the Israelis and only 43% to Palestinians, although the UN itself recognized that in 1946 the total population of Palestine comprised a total of 1,972,000 inhabitants, including 1,203,000 Muslims, 145,000 Christians, and 608.000 Jews.

Before, during and after the creation of the State of Israel, on May 15th of 1948, the Zionist plan for the colonization of Palestine, elaborated and driven by the World Zionist Organization did not foresee only 53% of territory given to Israel, nor any peaceful cohabitation with the Palestinian population, nor respect for UN resolutions on the Palestinian question.

The application of this plan, initiated with the war upon the Palestinian people, known as Nakba or tragedy, seventy years later, led to the existence of only the State of Israel. The Palestinian People not only continues to be deprived of their sovereign, independent and viable State, but faces daily the violence of Israeli occupation.

Violating international law, Israel continues to extend the occupation of Palestinian territory, with the constructions of settlements, the «Wall of Separation», the installation of military control posts and communication routes for the restricted use of the Israeli military and settlements.

The recent illegal and illegitimate decision of the Knesset – Israeli Parliament – over the Supreme Court of Israel and International law, to legitimate the continuation of the Jewish settlement in Amona, with the promoters of the law unacceptably arguing that it is not an occupation because the Jewish people cannot occupy a territory that is theirs. The truth is this territory was and is Palestinian. But the Zionist project, delineated prior to the partition of Palestine, continues to be applied, which is an insult to the rights of the Palestinian people and an illegality given international law.

Therefore it is important that all citizens, peace movements, social and political forces promote or reinforce the initiatives that aim to inform public opinion about the tragedy that almost 70 years ago befell upon the Palestinian people.

It is important intensify the political pressure on Israel in order to isolate its government and hold it responsible for its criminal, unjust and illegal actions, and have it abide the UN resolutions and international law, and respect the rights of Palestinian people.

The CPPC salutes all those that in Israel fight for the end of the occupation of Palestine, in particular the peace movement in Israel.

The CPPC manifests total support to the objectives of the struggle of the Palestinian people for a free and sovereign State, with the 1967 borders and capital in East Jerusalem, for the end of the Israeli settlements; for the release of all the prisoners held in Israeli prisons; and for the respect of the right of return of the refugees.

Long live the solidarity with the Palestinian people!

FOR THE FULFILMENT OF THE RIGHTS OF THE PALESTINIAN PEOPLE

November 29th marks the International Day of Solidarity with the Palestinian People. This day was so declared by the United Nations to mark the approval of Resolution 181 by its General Assembly that in 1947 aimed for the creation of two States in the territory of Palestine.
After 70 years, only the State of Israel exists. The Palestinian People not only continues to be deprived of their sovereign, independent and viable State, but faces daily the violence of Israeli occupation.
Disrespecting resolutions and norms of international law, Israel continues to extend the occupation of Palestinian territory, with the constructions of settlements, the «Wall of Separation», the installation of military control posts and communication routes for the restricted use of the Israeli military and settlements.
The Gaza Strait continues to constitute a genuine open prison as a result of the Israeli blockade.
Meanwhile, there are repeated administrative imprisonments of Palestinian citizens by Israeli forces, many of whom youth and children.
Following the collusion and support by successive US administrations to Israel, the recent declarations of the US President-elect Donald Trump concerning the transfer of the US Embassy in Israel to Jerusalem, as if this were the capital of Israel, are motive for concern of all those who defend justice and peace.
The organizations that defence Peace and International Law, in solidarity with Palestine and its People, as well as all those who in Israel fight for peace and the end of the occupation, demand respect for the United Nations resolutions, including:
- the end of the Israeli occupation, the dismantlement of the settlements, the «Wall of Separation» and all those instruments of usurpation of Palestinian land;
- the release of Palestinian political prisoners from Israeli prisons;
- the end to the blockade upon the Gaza Strait;
- the creation of the Palestinian State, with the 1967 borders and capital in East Jerusalem, and the respect of the right of return to Palestinian refugees.
Under-signing organisations: 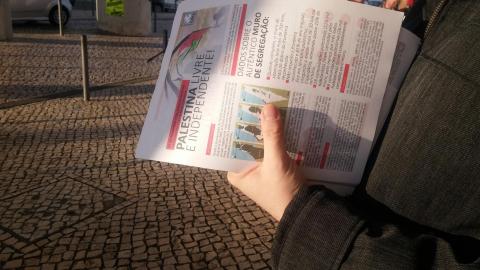 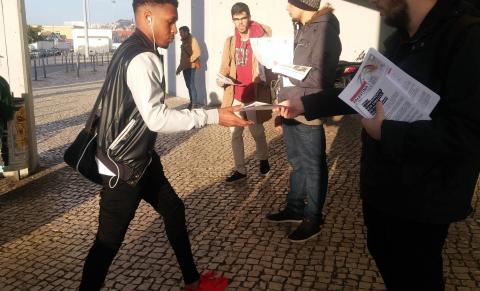 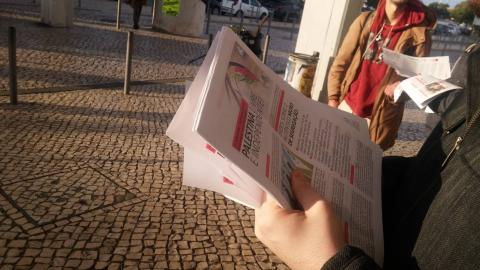 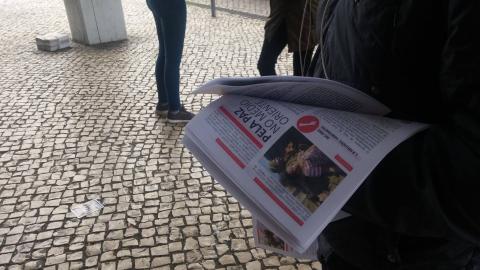 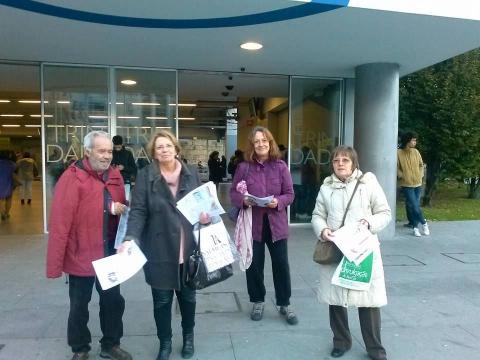