The Portuguese Council for Peace and Cooperation signed the Appeal «End the Blockade! Solidarity with Cuba! Free and sovereign Latin America!», promoted by several Portuguese organisations and demanding an end to the blockade and destabilisation action imposed by the US and calling for solidarity with Cuba and with all the peoples of Latin America who defend their rights and sovereignty.

The CPPC also participated in the solidarity actions carried out under this Appeal on July 14, in Lisbon and July 18, in Porto.

The cruel economic, commercial, financial blockade that the US imposes on Cuba is seriously affecting the rights of the Cuban people and the development of their country.

The systematic obstruction of banking and financial operations needed to import goods such as food, medicines, raw materials or technology, as well as hindering the development of economic relations between Cuba and other countries, which the US actively promotes, aim to inflict suffering on the Cuban people who dare to determine their path sovereignly and independently

The blockade is part of a broader and premeditated destabilisation action against Cuba and its people, through which the US aims to impose "regime change", as it has done for decades in so many other Latin American and Caribbean countries.

The overwhelming majority of countries with a seat in the United Nations General Assembly have repeatedly demanded an end to a blockade, which the Trump Administration had stepped up in the midst of a pandemic by applying more than 243 coercive and unilateral measures in January 2021, measures that were essentially maintained by the Biden Administration.

Resisting more than 60 years of a cruel, criminal, illegal and illegitimate blockade, which has imposed great difficulties on the development of the country, Cuba has made important achievements in healthcare, education, culture or science, achieving advanced rates of social development.

Cuba is an example of resistance, courage and dignity, sovereignty and independence, of solidarity and cooperation – which gives hope and confidence to the peoples of Latin America and the whole world and strength to their aspiration for peace and social progress.

Cuba is not alone, not in Latin America, not in the world!

At a time when the struggle for peace and democracy assumes increasingly more importance, we call for:

Take part in the actions that will take place on July 14, at 18.00, at Rossio Square in Lisbon, and on July 18, at 18.00, at the Headquarters of the Popular University of Porto.

Speech by Rui Garcia, Vice-President of the CPPC, in the solidarity action: "End the blockade! Solidarity with Cuba! Free and sovereign Latin America!", in Lisbon:

On behalf of the Portuguese Council for Peace and Cooperation, I welcome all those present, as well as the organisations promoting this solidarity action with Cuba and Latin America, and above all, I would like to express here a message of solidarity from the CPPC to the Cuban people and to all the Latin American and Caribbean peoples, to the progressive popular forces and to the governments of the region that fight for the liberation of imperialist rule, that affirm their sovereignty and free development, that follow paths of emancipation of the peoples of Latin American nations.

Considered a backyard by the imperialist giant, in Latin America were written some of the most beautiful epics of the secular struggle for freedom and emancipation of peoples: from the struggle against colonialism and independence to subsequent struggles against imperialism – resisting open or covert interferences, aggressions, coups, dictatorships and repression, blockades and sanctions. Resulting in the construction of sovereign development paths, of which Cuba is the most heroic example – more than six decades of a Revolution, resisting the criminal blockade, aggression and blackmail, and nevertheless, repeatedly showing the superiority of its system and the values of the Cuban Revolution, capable of reaching unique levels of human development in the region and giving the world successive examples of internationalist solidarity.

The history of the action of US imperialism, successor to European colonialism in the claim of domination over Latin America, leaves a track of unspeakable violence throughout the region and is the main responsible for the constraints and delays in the development of Latin American countries, subject to the seizure of their natural wealth and the wealth produced by their peoples, by foreign multinationals and by their client minorities, by their oligarchies.

Continuing the cycle of flows and ebbs of progressive forces, which marks the evolution of the political situation in Latin America over decades, it seems possible to affirm that a new period of ascent of democratic forces is taking place in many countries in the region, characterised by the electoral defeat of the most reactionary forces in several countries: Mexico, Chile, Argentina, Bolivia, Colombia and hoped to be repeated in the upcoming Brazilian elections.

Besides Cuba, Venezuela and Nicaragua also face economic, subversive and media war and the declared hostility of US imperialism, but continue to resist, just as the flames of the struggle of vast popular strata – workers, farmers, indigenous populations, in defence of the environment and natural resources – remain alive all over the continent, in defence of their own culture and identity – inserted in a broader context of struggle for democracy and national sovereignty.

International solidarity is essential for the continuation of these struggles, not least because, in the current complex international situation, with the increase in international tensions caused by the growing imperialist aggression – which increasingly resorts to blatant use of force in international relations and fosters a new arms race – no fight in any country or region is dissociated from this global context: all the people who fight, fight, even if they do not perceive it at the moment, for all the peoples of the world.

The CPPC, honouring its decades-long history in defence of Peace and Cooperation, reaffirms the need to maintain and extend international solidarity to Latin American peoples and countries: with Cuba, Venezuela and Nicaragua against the blockade and the illegal and illegitimate economic sanctions imposed by the United States, and with all progressive peoples and forces that in Latin America fight for democracy and the sovereign development of their nations.

We also reaffirm the need to demand that the Portuguese Government and all the other countries of the European Union cease their submission to US imperialism, cease their own actions of interference and hostility against the countries of Latin America and to pursue a policy of peace, cooperation and fair international economic relations, which is the only way to progress and development in the interests of the peoples.

For the end of the interference!

For the end of the blockade! 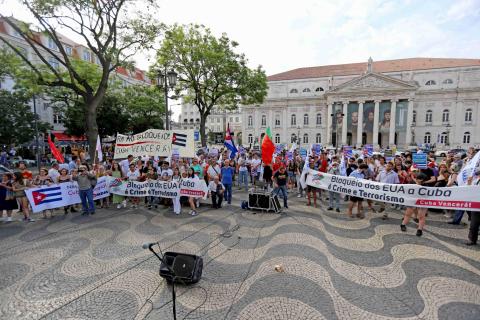 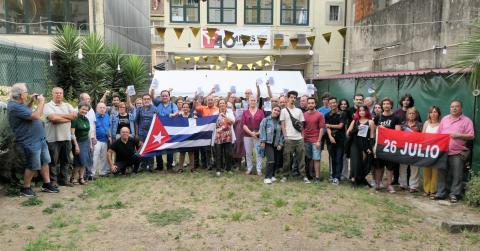 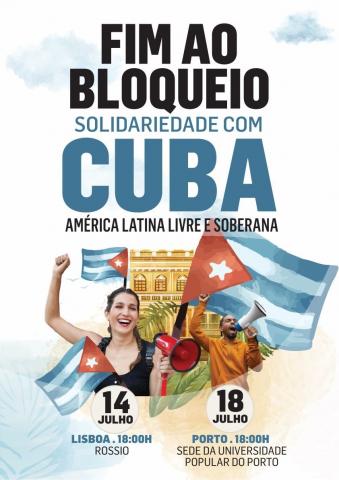