We met 75 years from the day that Hitler’s Nazi Germany occupied Czechoslovakia. The carte blanche from the “liberal” powers had already been issued through the shameful Munich dictate. Occupied Paris – and London massacred by air raids – followed only in the subsequent year.

These are not tragic lessons, faded by past time. Capitalism does not have a humanistic recipe to resolve its present systemic crisis either. It is pushing the globe to existential dramas and humanitarian calamities. At the same time its willing “helpers,” the fascist right, having been prohibited so far, are profiting from it. The mob, proud of its fascist pedigree, has been inserting itself again even in European parliaments, actually serving the system in their way.

Bigger is the impunity for disparaging the memory of heroes, who broke Nazism’s backbone. To insult the monuments of those who defeated the beast in Stalingrad – and to slander their sacrifice as a supposed “twin” of fascism - is an act of crippled “ethics.” Especially when these tolerate nasty processions, celebrating the SS divisions and their accomplices.

In the same way, where Hitler attacked and massacred the peoples, arms are rumbling again. The attacks on Yugoslavia in 1999 and Afghanistan 2001, Iraq 2003 and Libya 2011 replayed the alibis, no less mendacious than those covering up the Nazi aggressions. “Democracy,” exported through brutal violence, has, however, been solely delivering crimes against humanity, monstrous devastation and a tragic awakening from the “American dream.”

A new method in recent years for imperialist hegemony, becomes the phenomenon of “proxy wars.” Wherever the “fifth columns” are incapable to win elections even through bags of “sponsored” Dollars or Euros, ”false flag provocations” appear on the agenda. Sarin, murdering people in Damascus suburbs, the snipers from the roofs of Kiev and Caracas, repetitions of orchestrated provocations, like those Hitler used to justify launching WW II.

Czechoslovakia was the first trophy of such “dirty tricks.” Less was Nazi Germany hiding its intention to delete Czechoslovakia from the political map, more was its “fifth column” killing both unarmed Czech civilians and uniformed representatives of state power, even more when ”democratic” governments and their media were “expressing concerns” about the “oppressed German minority,” as if it were facing “discrimination” and “ethnic cleansing.” Prague, attacked in this manner also by its western allies whose common target with Hitler was Bolshevism, was resisting the German drive only through a series of defensive compromises, sentenced to lose by definition. The trap, to which present imperialist policies of “violent regime change” have been pushing sovereign states, differs from the one in the 30s solely in terms of secondary issues of the day. Both 75 years ago and today the motivation remains the same: the search for energy resources, markets, “lebensraum” or “vital space” and spheres of influence.

“Appeasement” was not only a kind of cowardly opportunism. The perverted misalliance of “liberals“(and even the “reformist Left”) with a fascist right has been besieging Europe again. The “terrorist international,” as promoted by the USA and its machinations, was already a vanguard of the Chechen front against Russia as well as staging the execution of sovereign Yugoslavia. In a bloody coup in Ukraine, directed from the NATO metropoles, its efforts collaborated with the neo-Nazi mob.

Moreover, another memento of the 30s is getting reanimated: a substantial part of “progressive forces,” afraid to be condemned by the elites as too “radical,” were resisting fascism only “within certain limits.” Beyond supporting its direct victims, these forces cautiously evaded any direct support for those who could still halt fascism in time. Thus fascism’s most decisive adversaries were exposed to a power play of the Goebbels’ orchestras, accompanied by all the other self-appointed “speakers” for the “international community.”

Exactly these approaches have been seriously weakening the barriers needed to halt today’s “terror for export” – nowadays mainly the attacks on Syria, Venezuela and also Ukraine. They submit themselves to a pact of “shock therapy” and the actions of Stepan Bandera’s heirs. It is hypocritical and cynical to see the USA and its allies “defending” the Ukrainian constitution after they have installed their puppet regime in Kiev.

Democratic international law was born only on the ruins of Hitler’s Third Reich. A more decisive defense is required vis-á-vis all these trends, which have been propelling those clouds of the 30s back over Europe. There is only one and exclusive arbiter of international disputes: The U.N., based on the principles of its Founding Charter, obliges all states, without a single exception, to “refrain from threatening with force or the use of force.” The willful “humanitarian interventions” of the U.S., NATO, and EU have been demolishing the very fundamentals of the international security architecture, and thus of international law. NATO, the biggest war machinery of imperialism, after all its crimes throughout the 65 years of its existence, is trying to replace the UN system with its own arbitrary arrogance of power.

Beyond these things, NATO’s aggressions, however, have even been destroying the lives and health of the troops who are sent to attack. The horrors of unjust wars, ending with results opposite of those initially promised, have also been causing changes in the view of overall developments. This broader view provides for potential co-operation with those ordered to execute the imperialist agenda. Cultivating the promising grassroots is one of our priorities, too.

Defeating the policies that dragged the world to the cruelest of all wars, succeeded only on graves and ruins. None of the inconsistencies, which opened the door, must be repeated any more! To do this demands also waging an ever more offensive fight against rewriting and falsifying the history of the last century – namely that of the roots, events and political results of WWII!

War is a salvation solely for capital, impotent vis-à-vis the global crises it caused. The only solution is a real democracy, governing also with the fruits of human brains and hands.
This time progress must prevent more tragedy!

Prague 15th March 2014, venue of the first World Congress of partisans for Peace in April 1949, which led to the founding of the World Peace Council 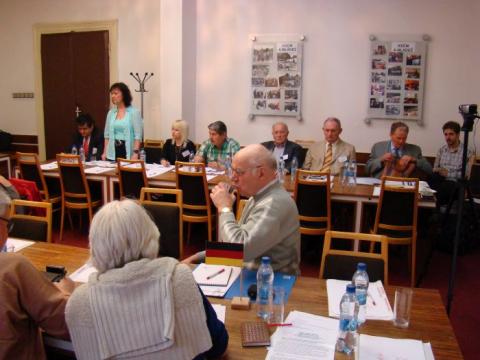 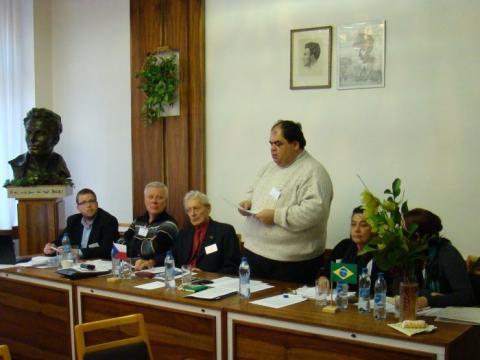 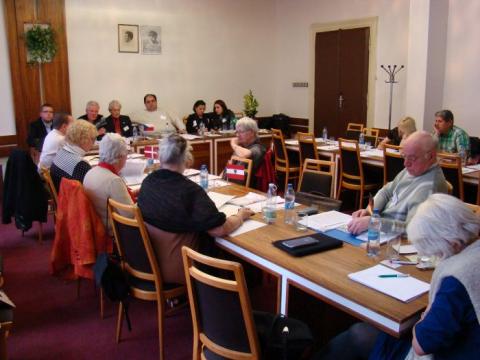 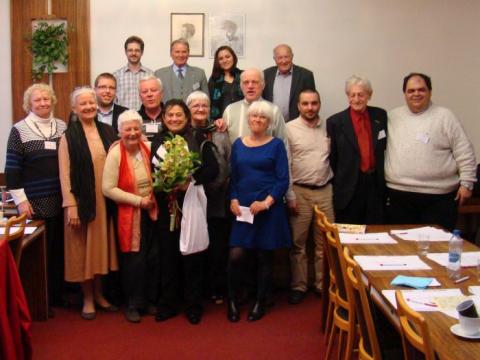 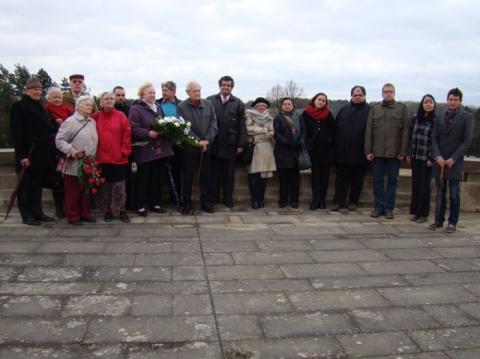 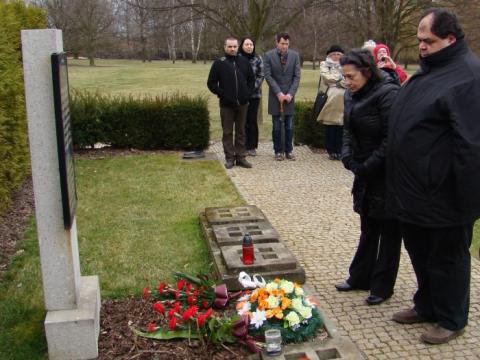 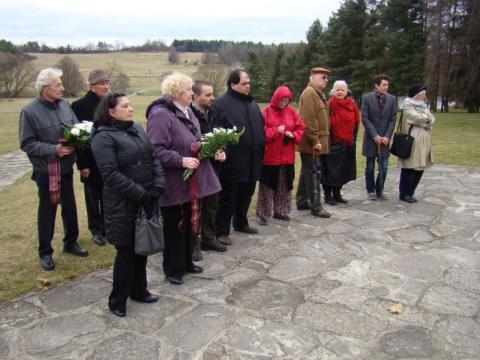 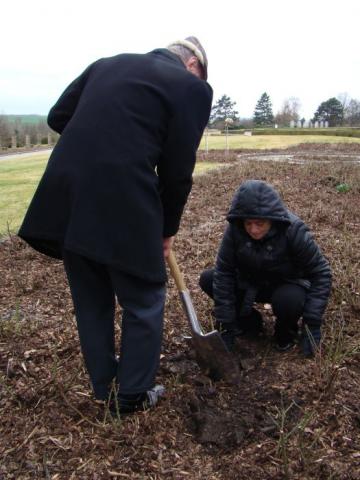