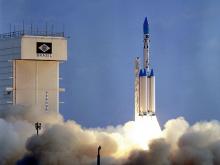 The Brazilian Center for Solidarity with the Peoples and Struggle for Peace (Cebrapaz) has been following with concern the few news on secret negotiations promoted by the illegitimate Government of Michel Temer for the use of the base in Alcantara, in Maranhão state, by the United States. We vehemently reject the possible US military presence in Brazil, the surrender of Brazilian sovereignty over the Alcântara base and its Launching Center, and the costs to the autonomy of the national space program.

Even during its interim period, the Temer Government was already seeking to recover negotiations of the agreement signed by former President Fernando Henrique Cardoso with the US, an agreement that was canceled during Luiz Inácio Lula da Silva's Government, in 2003. Recently, the media has published superficial news, given the secrecy over the new proposal discussed by the usurping Government, which is represented abroad by a chancellor known by his rush to sell the country, José Serra.

Part of a decisive and international mobilization against the over 800 foreign military bases spread all over the planet by the imperialist powers, Cebrapaz is taking caution and follows closely the news on the renewed negotiations, demanding that they are clarified by the Government, despite considering it illegitimate, born out of an affront against democracy and justice.

The secret elaboration of a new agreement with the US based on the terms historically put forward by them, in violation of the Brazilian sovereignty, will only confirm our denunciation of this Goverment.

Among the conditions set by the US for the agreement are their control of access to certain areas of the base, which would be off limits even to Brazilian authorities; the US interference in decisions over the destination of revenues collected by Brazil from the foreign use of Alcântara's Launching Center; the limitation of agreements of space technology between Brazil and other nations; among other conditions that are absurd and unacceptable.

Furthermore, the imperialist military presence is spreading over Latin America and the planet, spreading threats and violating national sovereignties, intensifying an international environment of confrontation and the promotion of wars in detriment of the peoples' will.

For the nations' sovereignty and respect among the countries, for a new world order free of imperialist threats!

Antônio Barreto
President of Cebrapaz
For the National Board