The seventh Trilateral took place at a time of escalating tensions in our region and ongoing imperialist wars, especially in the Middle East. The three peace movements express their serious concern about the increasing aggresiveness of imperialism on the ground of a fierce competition , for the controll of energy resources and roads, as well as spheres of influence in the region. We express in particular our deep concern for the direct involvement of NATO in the Aegean Sea with the pretext to contain the refugee flow from the Middle East when it is clear that it is aming at the deeper military involvement into the region in the framework of the competition with Russia’s presence. The dangerous plans of the NATO summit in Warsaw create lethal dangers for the peoples of Greece,Turkey, Cyprus and the peoples of the broader region.

The danger for a generalized imperialist war is real and our peoples have to react firmly and organized, enhancing the their struggle and not sacrificing their lives for the interests of the exploitors.

The 7th Trilateral Meeting denounces vehemently the decision of the Turkish authorities to ban the Peace Association of Turkey, a historical and prestigious member of the WPC and of its Executive Committee, recently re-elected during the WPC Assembly in Brazil (November 2016). We do not accept the right to any government to interfere and decide upon legal actions of any peace movement, especially not under the alleged accusations under the the “anti-terror laws”. We demand the immediate, complete and unconditional lifting of the above mentioned decision and declare our full-hearted solidarity and support to the Peace Association of Turkey.

Our organizations decided to continue the deeper cooperation, as a respond also the actions of the governments of our countries, to strengthen the solidarity between our movements and our peoples and take up common initiatives in our common struggle, against imperialism, in our common struggle so that our people will leave in peace.

The participants agreed that the eighth Trilateral meeting shall be held in Turkey next year. 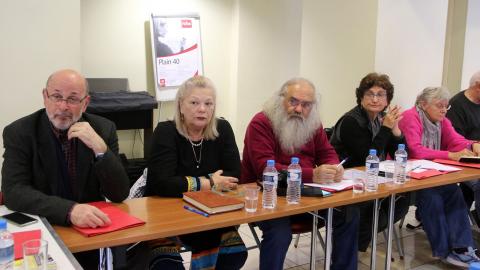 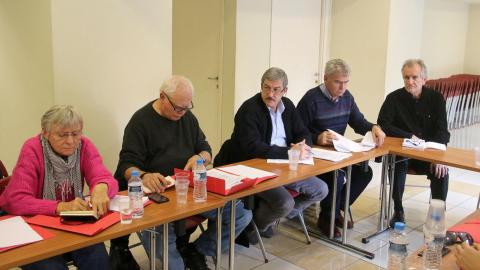 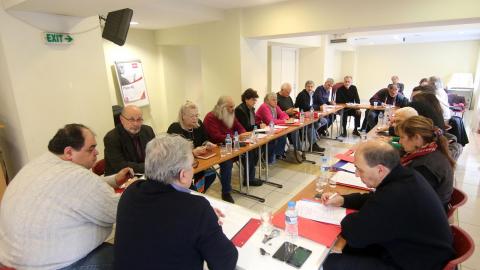 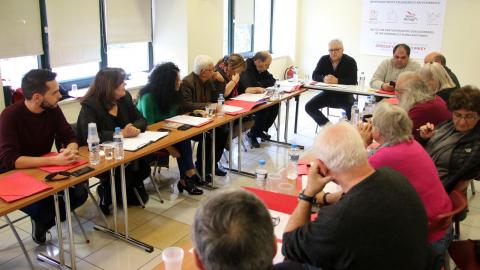