Unfortunately, the new Georgian government almost stoped so -called process of justice and investigation of long-term anti-people policies of Saakashvili. Officially announced that there will be created a special body which would be empowered to investigate gross human rights violations in the period from 2003 to 2012 and to rehabilitate the victims of these violations of Georgian citizens .

One of the main victims of Saakashvili was to organize the conflict in South Osetia (separated region of Georgia) in 2008.
Many high-profile crimes of the former regime remain without proper legal assessment and investigation.
Thus, under pressure from the United States has not been implemented (with the current government and will not be visible ) main promise of the winning coalition "Georgian Dream " - a political assessment dictatorial openly fascist regime of Saakashvili , with appropriate legal consequences.

One of the demands of the meeting was also to hold early parliamentary elections.
Information about the meeting were handed major TV channels in Georgia.

Levan Kargareteli , a member of the Peace Committee of Georgia. 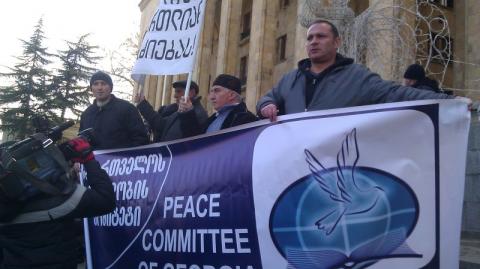 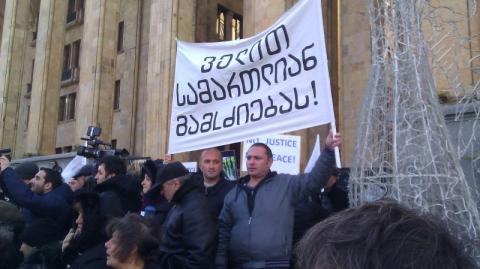 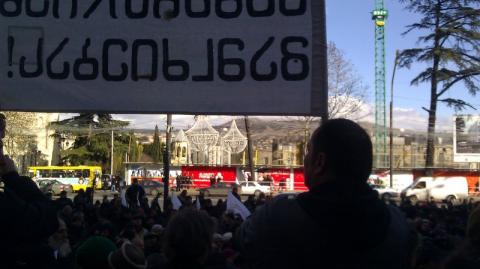 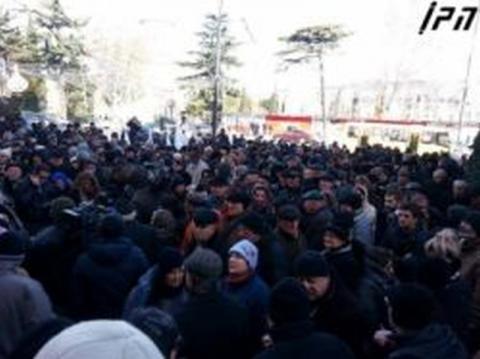