The regional meeting of the WPC in Europe took place successfully in London, on 26 and 27 May, 2018. The meeting was hosted by the British Peace Assembly (BPA) more than 30 years after the last such occasion. The Meeting took place a significant venue, the Marx Memorial Library, 200 years from the birth of Karl Marx, whose works continue to inspire millions of peoples in the world.

The Meeting was chaired by the regional Coordinator CPPC Portugal (Felipe Ferreira) and the British Peace Assembly (Liz Payne), while it was attended also by the Executive Secretary WPC Iraklis Tsavdaridis.

The Peace Movements from Britain, Portugal, Greece, Cyprus, Turkey, Spain, Italy, Belgium, Czech Republic, Serbia, Germany, Ireland and Switzerland and guests from the Peace Movements of the USA and Iran, discussed the relevant situation with the growing aggressiveness of imperialism around the globe, exchanged views and experiences about the struggle in each country and the coordination of it. The WPC regional meeting reiterated its commitment to struggle against NATO for its dissolution and the struggle in each member state for the disengagement from it, against the imperialist plans and actions of the EU through PESCO, Battle Groups and EU Army and expresses the serious concerns about the escalation of the imperialist threats and interventions in the Middle East and the dangers for a generalized war of global dimensions. The Meeting approved resolutions about the situation around Iran and Cyprus and a regional appeal towards the NATO summit in Brussels.

The WPC in Europe discussed based on the global plan of action of the WPC, the anti-NATO activities to be held on 6 and 7 July in Brussels in cooperation with INTAL Belgium and in the framework of the WPC campaign “YES to Peace-NO to NATO”, and expressed support to the holding of the International Conference against US and NATO Foreign Military Bases to be held in Dublin/Ireland on November 16-18, 2018.

We appeal to all organizations and activists in Europe that defend the cause of Peace, to promote actions against NATO and its summit in Brussels, for the dissolution of this political-military block and in favour of the struggle of each people within each NATO member state for withdrawal from this military organization.

We recognize that NATO has now existed for almost 70 years, and that during this entire period NATO has continued to increase its membership, in expanding its sphere of influence, its aggression and its demands on the people.

We recognize that NATO has continued to exist, without any interruption in its role, through many changes of governments in all its member states, including the US.

We recognize that it is important to concentrate on raising public pressure and attention to NATO and its imperialist nature, instead of concentrating on a particular leader.

Reaffirming and carrying on the WPC’s campaign “Yes to Peace! No to NATO!”, putting the governments of the NATO member countries in front of their responsibilities, we appeal for mobilization and initiatives in each country, claiming:

• No to increased military spending for war, devotion of money to social progress and peace;
• Withdrawal of all NATO forces involved in military aggression and occupation;
• The end of blackmail, destabilization and imperialist wars of aggression against sovereign States and peoples;
• Support of refugees, and other victims of wars which NATO, the US and the EU promotes and pursues;
• Closure of military bases in foreign territory and the dismantling of US and NATO anti-missile systems;
• Abolition of nuclear weapons and other weapons of mass destruction and general disarmament;
• Opposition to the further enlargement of NATO, namely into the Nordic countries, the Balkans, Eastern Europe and Cyprus;
• Dissolution of NATO;
• Respect of the principles of the founding charter of the UN and of the sovereignty and equality of peoples and states.

Lasting Peace with justice for Cyprus

The Word Peace Council regional Meeting that took place in London at 26th of May 2018 discussed among other crucial issues that effects and undermine peace in Europe and in the Word, the developments regarding Cyprus as well.

The WPC European Peace Movements acknowledge the region of Eastern Mediterranean, as one of the most desired areas for the imperialists because here, gas, petrol, their transport routes and transitional stations, coexist. Turkey considers Cyprus important for its interests. NATO wants to use Cyprus in its plans. Hence, we should especially now keep this in mind.

We the peace loving forces in Europe condemn the ongoing for 44 years illegal Turkish Occupation of the 37% of Cyprus. We denounce the division of Cyprus and clearly state that for us permanent division of the Island is a catastrophe. We will not stop expressing in all possible ways our solidarity to the Cyprus Peace Council and the anti-imperialist struggle of the people of Cyprus, both Greek Cypriots and Turkish Cypriots, against occupation for a really just and viable solution, that will reunite the Country and the People of Cyprus and will set the People of Cyprus total masters of their land and their wealth.

We do underline that the only way for solving the Cyprus issue is through a peaceful process. The bi- communal negotiations between Cypriots must be fully respected by everybody and be let proceed without any interference and interventions with complete respect to the International Law and the UN Resolutions for Cyprus.

WPC European Peace Movements stand in solidarity with the people of Cyprus who struggle for a reunited Country and People in a Bi-zonal, Bi-communal Federation with a single Sovereignty, single citizenship, and single international representation and with political equality. We support a solution that can be reached outside suffocating deadlines and free from custodians and Guarantors, a solution that will set free Cyprus from all armies and military bases.

We support the struggle of the Cyprus Peace Council for the dismantling of the British Bases in Cyprus and against their use in military operations against the peoples of the region. We call on all fighters for Peace to stand by the Cyprus Peace Council and participate in the peace march that will be organized on June 10, 2018, in the British Base of Akrotiri under the slogan «We are marching on the path of peace».

For Peace
No to war against Iran

The WPC European member organizations’ meeting, held in London on May 26 2018, considered the dangerous situation created in the Middle East following the irresponsible announcement of US President, Donald Trump, of the unilateral withdrawal of the US administration from the 5+1 nuclear agreement with Iran.

In line with a recent statement of the WPC on 7 May regarding the possibility of a new war in the Middle East involving Iran, the meeting of the WPC European member organizations expressed its grave anxiety about the consequences of the actions and statements of the US administration concerning the Joint Comprehensive Plan of Action (JCPoA) nuclear deal with Iran.

We are concerned that during the past two months the Israeli military has, illegally and in violation of the UN Charter, attacked targets inside Syria with impunity. There is well-founded concern that if the current tide of events is not halted and reversed immediately, the potential for a new disastrous war, with unpredictable consequences for the peace and stability of the region, is a real and enormous danger.

On Monday 21 May, the US Secretary of State, Mike Pompeo, made a clear and serious reference to the intention of the US administration to apply the widest and most hard-hitting sanctions on Iran – the scale of which would, in his words, be "unprecedented in history". All signs are that the US – encouraged and supported by its key allies in the Middle East, namely the governments of Israel and Saudi Arabia, with the latter apparently bankrolling this very dangerous adventure – is hell bent on taking steps towards "regime change" in Iran. In our assessment, these steps and this end objective are illegal and completely contrary to the UN Charter and international law.

Given this situation, the WPC European member organizations’ meeting echoes the call of the WPC to peace forces internationally to campaign for peace in the Middle East with the aim of bringing about an immediate halt to the US/ Israeli/ Saudi Arabian drive to a new war in the region. We reaffirm our support for the struggle for peace and progress in the Middle East.

We reaffirm that any war on Iran will undermine the struggle of the Iranian people for peace, sovereignty, people’s rights, democratic rights and social justice.

We state that the future of Iran and its political system is a matter for the Iranian people and they alone to decide – and that they reject foreign intervention in their country whatever the pretext. 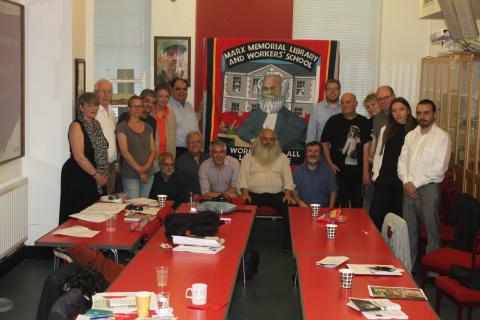 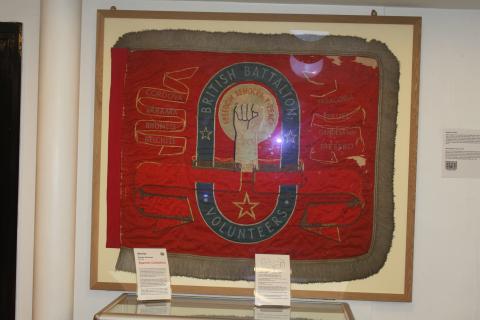 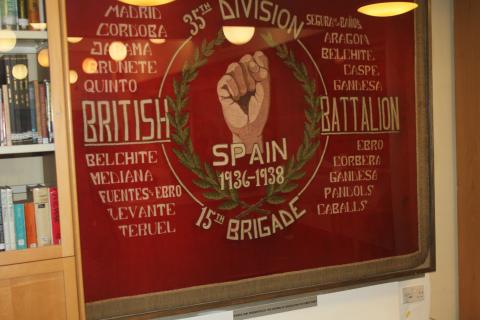