The Committee Against War Milan organized in the centre of Milan a rally-protest in defence of Syria.
Parties and associations have participated to the rally, together with many Syrian and Lebanese people, all of them have invited Italians to support and defend their own country.

All Syrian and Lebanese people participating have remarked how fake and biased is the mainstream information in western countries and how the Syrian people is daily fighting, also for us, terrorism groups financed by the Petro-monarchies, Turkey, U.S and E.U. countries, particularly U.K. and France, and defended and aided by Israel.

The “human’s rights pacifism” and the “liberals radical chic” typical of the European Lefties movements isn’t able to mobilize against war!
We must stand for the people suffering the aggressions of the U.S.-NATO, Israeli and European imperialist war. 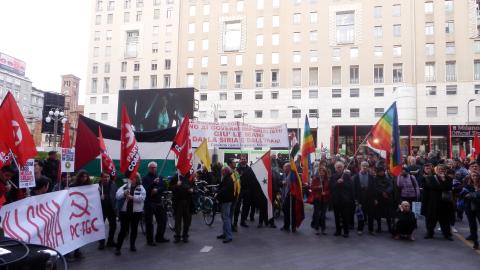 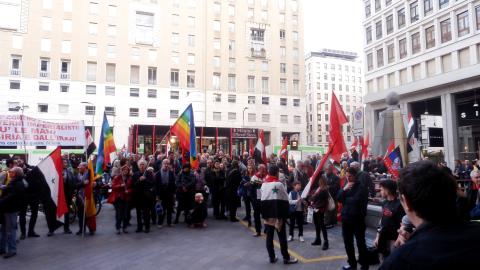 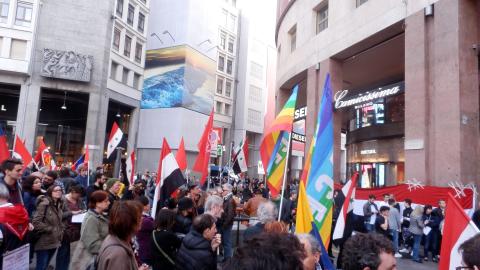 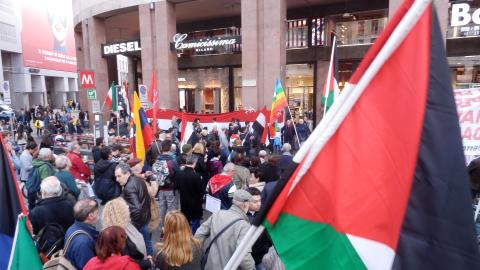 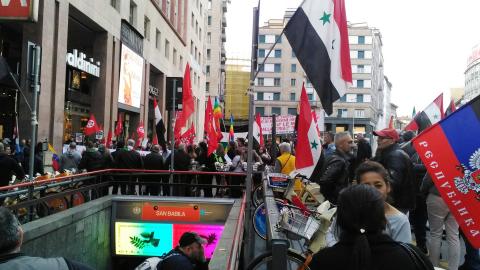 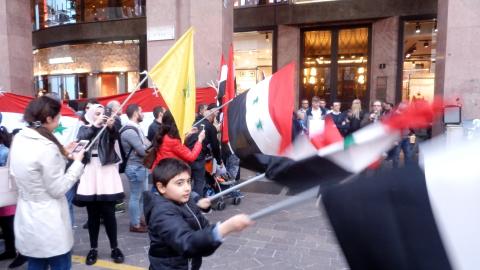 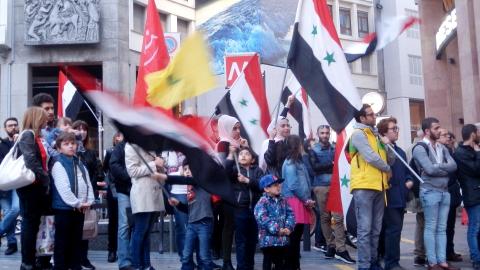 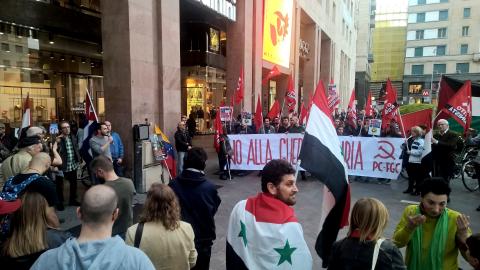 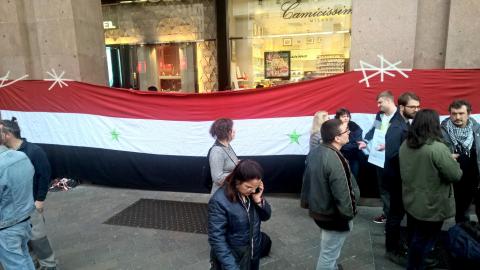