The "Comitato Contro La Guerra Milano" (Committee Against the War Milan), adhered unreservedly to the World Council of Peace Declaration on the missile attack of the United States to Syria, calling the protest outside the US Consulate in Milan.

At a time like this, which could arise from the very serious consequences for all humanity, it was reasonable to think that, in addition to statements of principle, other Italian organizations with politically near position, they called to manifest giving precise appointments in keeping with places against this disguised aggression by "humanitarian" intent.

We must therefore be vigilant and try to go beyond declarations, the WPC document precisely invited to express solidarity and support to the peoples attacked and troubled.

On Saturday, April 8 at 18:00 in Largo Donegani in Milan, in front of the US Consulate, there was a rally against missile attack on Syria by the United States, a number of interventions by young people and workers have denounced the crimes of imperialism USA in Syria, and in many parts of the world, the danger of a devastating development for all humanity, and the need to promote the growth of an important anti-imperialist movement against the war and in solidarity with the peoples and States under military and media assault.

Attached photos and below to a journalistic video coverage of the Rally. 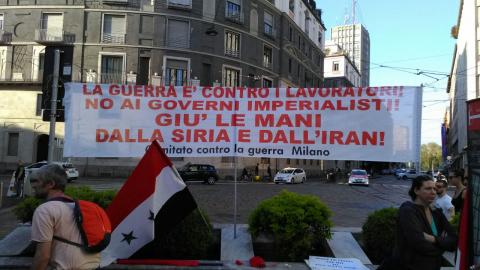 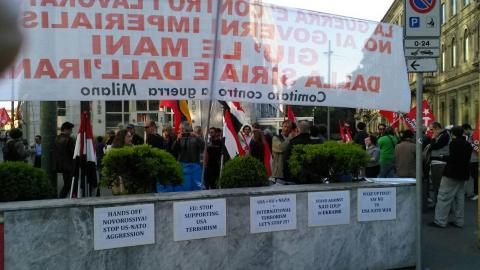 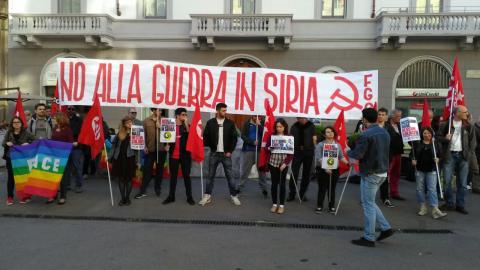 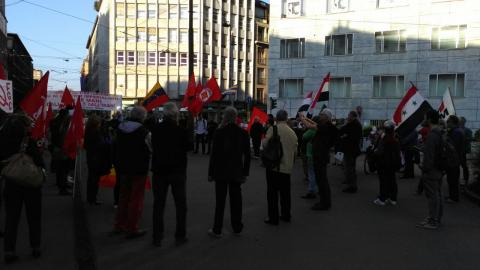 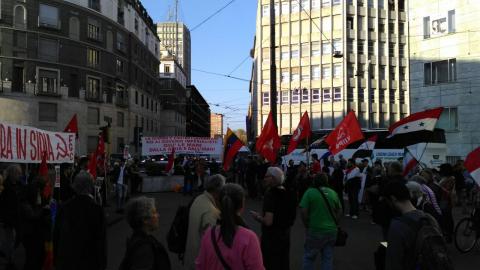 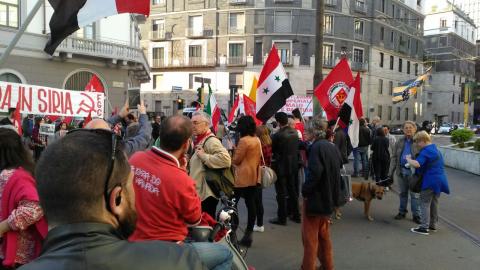 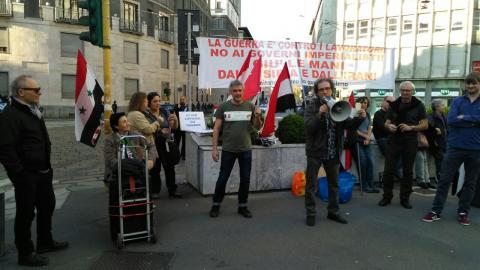 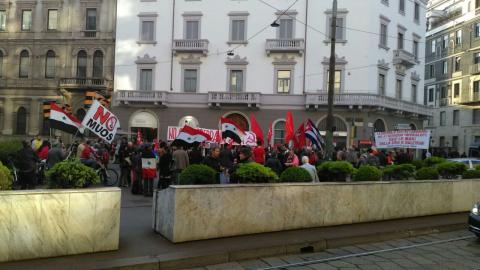