Massive demonstrations and protests organized by the Greek Peace Committee (EEDYE) along with Trade Unions and popular organisations of women and youth took place on 5th October in Athens, Thessaloniki and many other Greek cities, on the occasion of the visit of the Secretary of State of USA, Mike Pompeo, to Greece.

In Athens a mass demonstration was held at Syntagma Square, in front of the Hellenic Parliament followed by a march towards the Embassy of USA in Athens. Many thousands of people participated expressing their rejection to the planned signing of the renewal and upgrading of the “Mutual Defense Cooperation Agreement” between Greece-USA, by the New Democracy government, continuing in the same direction of the previous government and speeding up its steps This agreement will allow the legal and political coverage of the enlarged - beyond Souda base (Crete) - US military presence and infrastructure deployment all over the Greek territory, as in Alexandroupolis, Larissa and Stefanovikio near Volos. It seeks to strengthen Greece's position as a base for imperialist plans, and to secure the use of the country's Armed Forces in US, NATO, and EU missions abroad as it is already happening in 12 such occasions.
This is a very dangerous development not only for the Greek people, but for all peoples in the region.
The EEDYE and the anti-imperialist peace movement of our country will continue and strengthen our fight against nuclear weapons and US and NATO bases, and demand:
• Denouncement of the Greek-American “Mutual Defense Cooperation Agreement”.
• Shut down of Souda Base and of all Euro-Atlantic bases and headquarters in Greece.
• No transport of nuclear weapons to Araxos, or to any other location in Greece.
• No participation and return of all Greek military forces from imperialist missions abroad.
• Disengagement from NATO - EU. 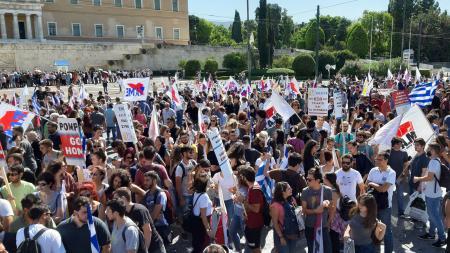 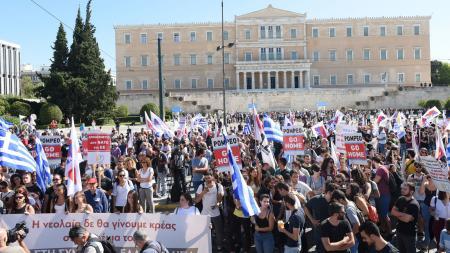 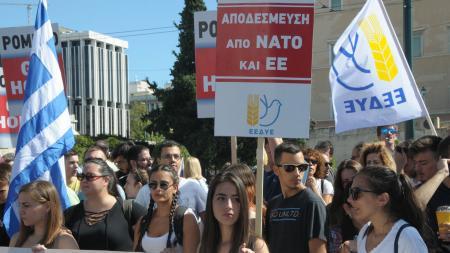 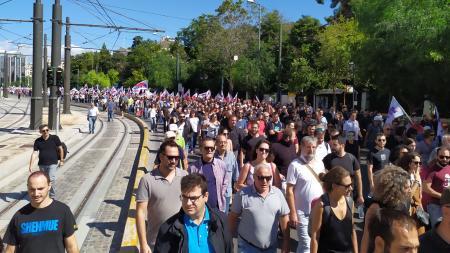 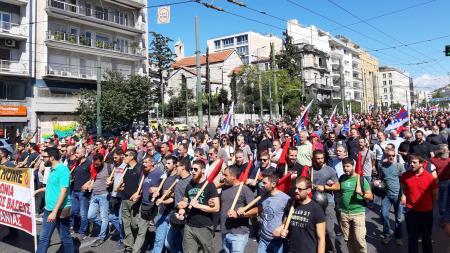 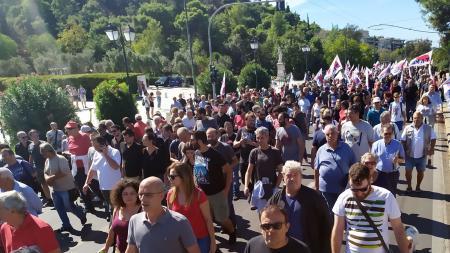 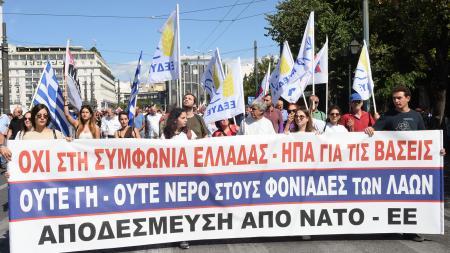 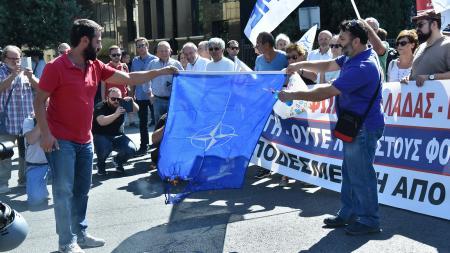