On Saturday, October 26 an on Sunday October 27, a demonstrations were held in the center of Milan, to show solidarity with the struggle of Chilean people.
The brutal and criminal repression carried out by Carabineros and the Chilean army, sent by the government of Sebastian Piñera against the people in the streets, was condemned.
The history of ferocious dictatorship of Augusto Pinochet is repeated. Crimes always carried out with the support of the EU, USA and its Latin American lackeys.
The right struggle of the Chilean people has been supported, which claims for the resignation of President Sebastian Piñera and news elections for a Constituent Assembly that will eliminate the current Constitution issued by Augusto Pinochet.
Without the imperialism’s interference for the sovereign right of the Chilean people to decide alone and freely their future and destiny. We express our solidarity with the brave Chilean people.
Here is the link of the final part of the speech to the Chilean community, on behalf of the World Peace Council of Marcello of the Committee Against The War Milan:
https://m.facebook.com/comitato.milano.5/videos/2615274512082429/?refsrc...
Yankees go home! 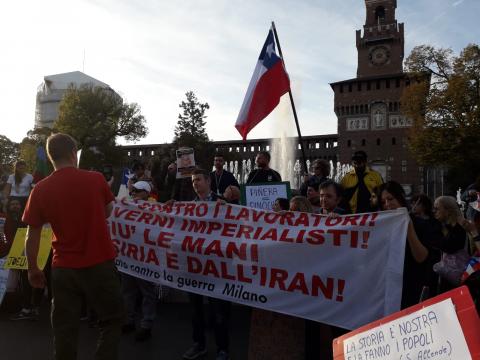 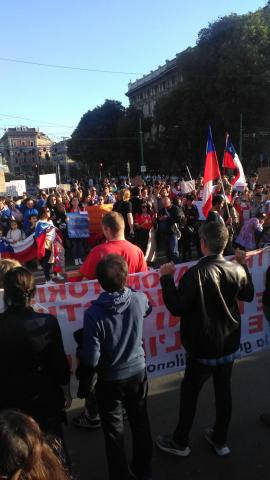 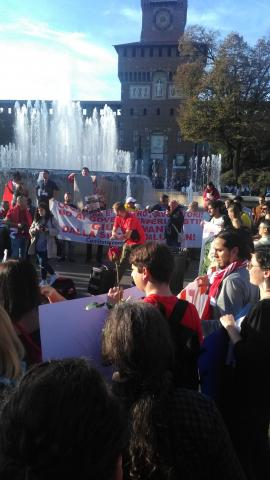 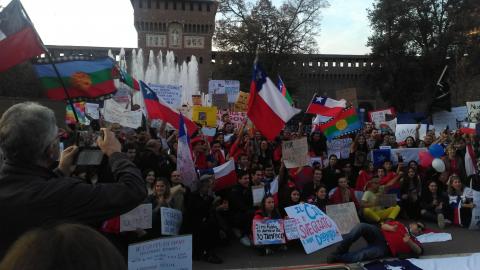