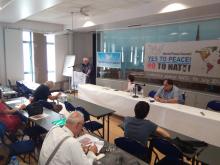 Just a few days ahead of the NATO Summit, the World Peace Council organised a conference in Brussels on 7th of July, 2018, in the framework of its "No to NATO - Yes to Peace" campaign. Prior to the conference, WPC delegates from different peace organisations attended a public event organised by its affiliate in Belgium, INTAL, on the 6th of July.

On the 7th, after the conference, WPC delegates took part in the anti-NATO rally in Brussels, carrying their banners and shouting their slogans.

Anti-NATO conference of the WPC in Brussels 7th July 2018 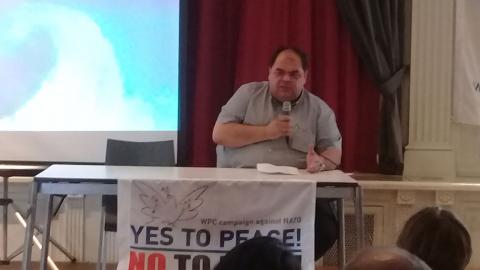 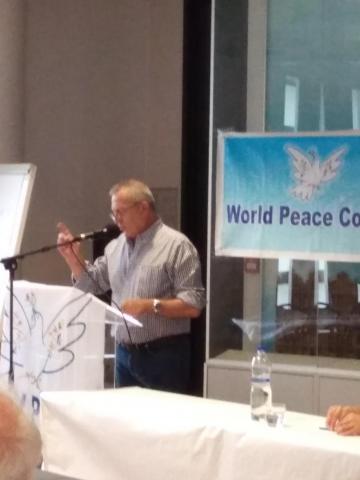 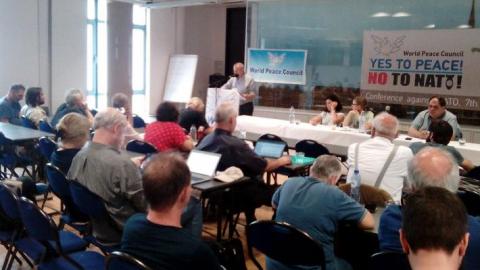 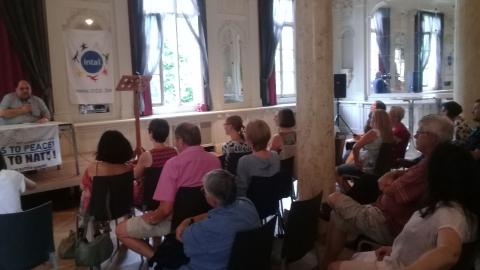