With several thousands of participants, on the 14th of May 2017, the 37th Marathon Peace March was held, which began in the morning from the ancient tomb at Marathon and ended in the evening at the Ministry of National Defense, covering a distance of 42 km. The march takes place every year in memory of the assassinated Vice-President of EEDYE, Grigoris Lambrakis, MP, in the year 1963. In its statement, the Greek Committee for International Détente and Peace (EEDYE), which organizes the march each year, denounces the imperialist wars and interventions and demands the disengagement of Greece from them and the closure of the US-NATO military bases, as well as disengagement from NATO and the EU. Thanassis Pafilis, member of the National Council of EEDYE and General Secretary of the World Peace Council (WPC), spoke at the welcoming rally outside the Ministry of Defense. The General Secretary of WPC stressed on the dangers of a generalized war of global dimensions and underlines the aggressive plans of the war machinery of imperialism, NATO, which is on 24th and 25th May its summit in Brussels. Thanassis Pafilis informed about the WPC anti-NATO actions and campaign “Yes to Peace-No to NATO” and the respective anti-NATO conference in Brussels on 24th May.
The slogans of the Peace Marathon march were:
• No the participation of imperialist wars and interventions. Return all military missions from abroad
• No to changes of the existing borders and conventions defining them.
• NATO out of the Aegean Sea, the Mediterranean Sea and the Balkans.
• Shut Down the death Basis of Souda.
• Shut Down the Military Headquarters of NATO in Greece.
• No to the military spending for the needs of NATO.
• Out of the imperialist organisms of EU and NATO.
• Solidarity with the refugees and migrants.
• No to racism and xenophobia .
Video links:
https://www.youtube.com/watch?v=vBx2ve4dmYQ
https://www.youtube.com/watch?v=MD0YWJqfPv0 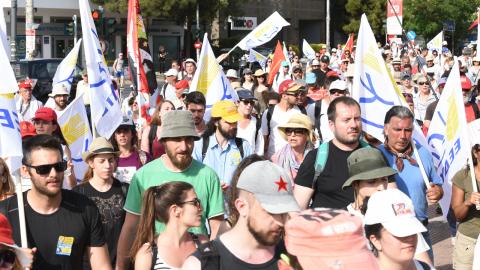 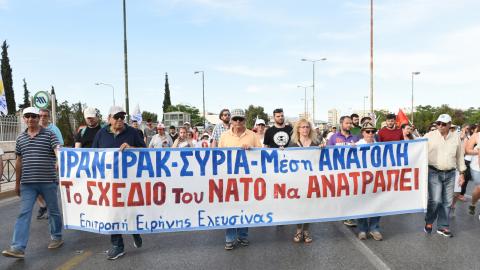 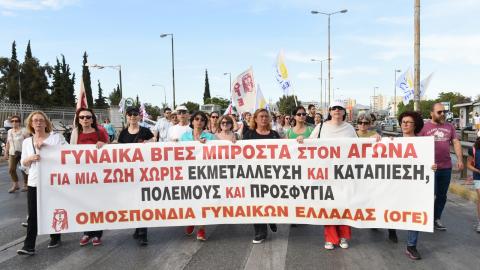 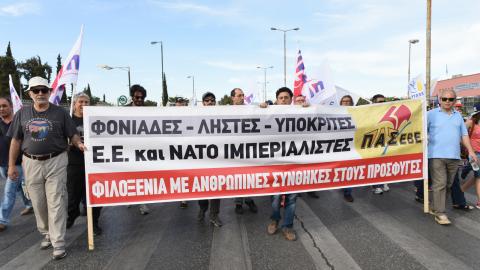 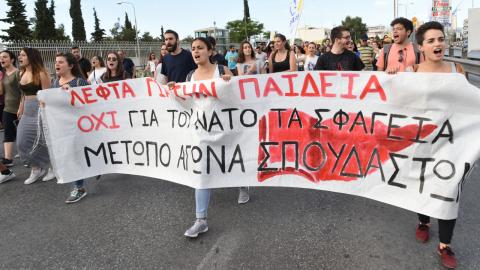 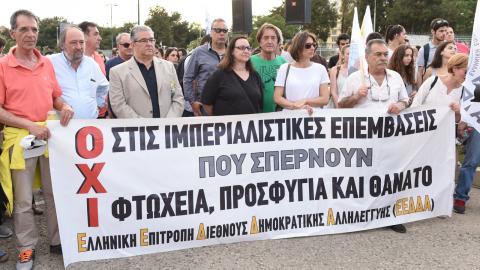 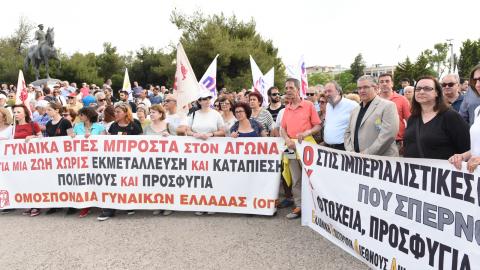 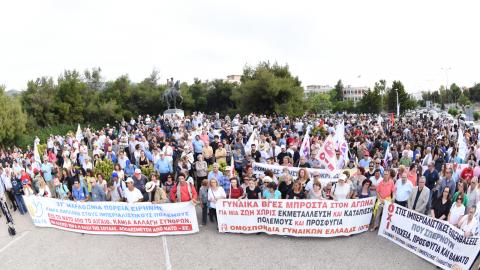 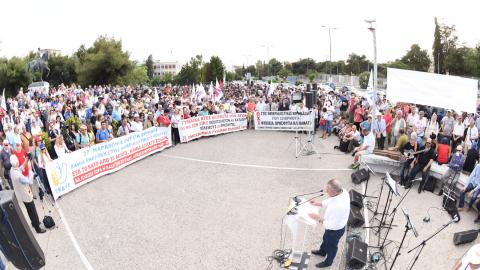 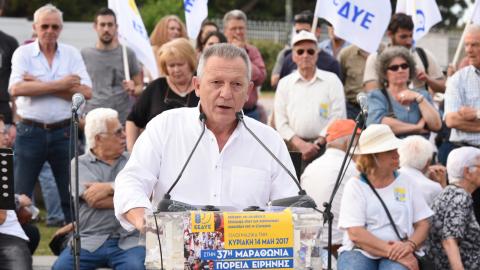